Although the end of tensions is generally marked by withdrawal – as in the celebrated U-turn by Russian ships en route to Havana during the Cuban Missile Crisis – the contretemps between NATO and Russia regarding Ukraine’s future is far from over, it seems.

Despite yesterday’s announcements by Vladimir Putin, there are no real signs of withdrawal of Russian forces from the Ukrainian border, according to NATO Secretary-General Jens Stoltenberg, who spoke just before the ministerial meeting on 16 February.

So far, the SecGen said, “NATO has not seen any [Russian] de-escalation“. Instead, he added, military build-up continues. The situation remains fluid and complex, and concerns remain. It has been a bit “up and down, back and forth all the way,” but the trend of the last weeks has been a “steady increase in the Russian capabilities [and] Russia retains the capability of a fully-fledged invasion of Ukraine with the warning time tactical ploy,” Stoltenberg said.

In the meantime, he added, NATO is still waiting for the Russian response to written proposals the Alliance sent to Russia on 26 January.

But the cautious optimism that Stoltenberg showed on 15 February about a Russian de-escalation and willingness to engage in diplomatic efforts, does not seem to have given way entirely to discouragement.

Indeed, while the Alliance is bolstering its presence on the Eastern flank and considering deployment on the southeastern, and the US has 8,500 troops on high alert, the hope of finding a political path and engaging in a “meaningful dialogue” with Moscow is alive and kicking. “We will continue to be ready to sit down and discuss…but also prepared for the worst,”  Stoltenberg explained.

Even if the crisis were to recede, a complete withdrawal of NATO troops from the eastern flank is highly unlikely. Indeed, replying to a question on NATO’s deployment there, the Sec-Gen said that “there will be some long-term consequences of this significant Russian build-up“.

Caterina Tani at NATO for MON 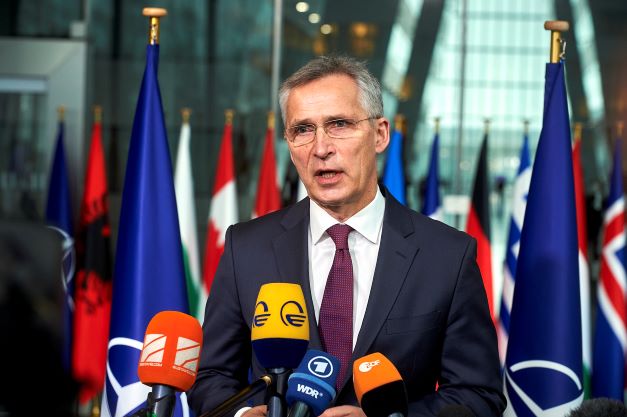