Stoltenberg Thanks Trump for US Commitment

NATO Secretary General Jens Stoltenberg thanked US President Donald Trump for his leadership and commitment to the Alliance during a meeting at the White House on 14 November. Mr Stoltenberg highlighted the rising defence investments among NATO allies in Europe and Canada, amounting to an additional $100 billion (€90 billion) extra in recent years, adding that all allies are determined to keep up the momentum.

The Secretary General emphasised the Alliance’s important role in fighting international terrorism, including training missions in Afghanistan and Iraq, congratulating the President on the recent operation against ISIS leader al-Baghdadi. Mr Stoltenberg stressed the importance of the close political and military bond between Europe and North America, saying it is in the national interest of all allies.

The two leaders also prepared for the next meeting of NATO leaders, scheduled for 3-4 December in London. During this NATO Summit Meeting, it is expected that the Heads of State and Government of the 29 NATO member states will address a wide range of security and defence issues, among them the military conflict in Northern Syria, Iran’s violation of the nuclear accord, the latest missile attacks on Israel, the rising geopolitical, economic and military ambitions of China and the political tensions with North Korea.

Mr Stoltenberg also participated in a meeting of Foreign Ministers of the Global Coalition to Defeat ISIS on 14 November. Chaired by US Secretary of State Mike Pompeo, the meeting was convened to address the Coalition’s next steps, following the death of ISIS leader al-Baghdadi, as well as recent developments in northeast Syria. Mr Stoltenberg stressed that allies agree on the need to safeguard the gains made by the Coalition and support UN-led efforts to achieve a sustainable political solution in Syria. He further pointed to NATO’s training missions in Iraq and Afghanistan as important contributions in the fight against international terrorism.

At the beginning of his visit to the United States, the Secretary General was honoured by the Diplomat of the Year award from Foreign Policy magazine on 12 November. Accepting the award from Editor-in-Chief Jonathan Tepperman, he made a case for “relentless transatlantic diplomacy, backed by credible transatlantic defence.” Calling NATO “a unique diplomatic ‘force multiplier’”, he said “When 29 nations speak with one voice, their voice is more powerful than any other in the world.” 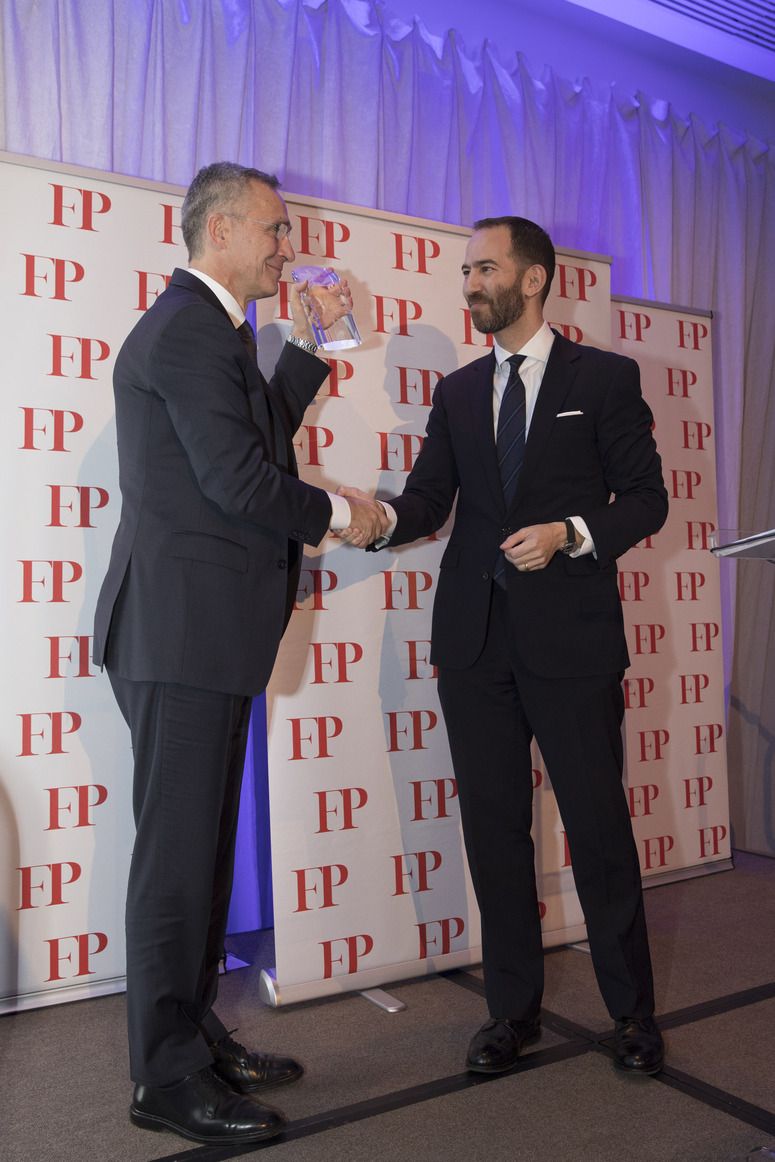