It is well known that some members of the North Atlantic Treaty Organisation do not exactly border the North portion of the Atlantic Ocean. Soon, however, the acronym NATO might become obsolete.

From what emerged at the Alliance’s Foreign and Defence Ministerials on 1 June – two preparatory meetings ahead of the leaders’ Summit, where crucial decisions on the NATO’s agenda towards 2030 will be taken – the Alliance will have an increasingly global vocation. In fact, as explained by Sec Gen Jens Stoltenberg, besides the already-targeted ‘like-minded’ countries in the Indo-Pacific region, NATO now aims to build new partnerships in Africa and Latin America.

The aim of the move – counteracting the inexorable rise of China – is not precisely new. What is new is the crowning of the Asian Giant as ‘strategic rival number 1,’ coupled with an escalation of tone against it. Indeed, in this peculiar ranking, China has virtually overtaken Russia. Although Moscow still provides reason for latent tension, both the post-Ukraine scenario and NATO’s posture in the region are relatively stable, notwithstanding the Belarusian incident. And Russia seems to envisage some sort of rapprochement with the US, as the Putin-Biden meeting, scheduled for 16 June, shows.

Beijing, on the other hand, is a matter of concern for many reasons. From its commercial penetration and structural investments in the Mediterranean, Africa, and worldwide, to its attitude towards the Arctic, its cyberwar activity, the 5G issue, violations of human rights in Hong Kong and Xinjiang and the relentless military build-up, which include, as Stoltenberg said, “new modern capabilities, including hypersonic weapon systems […] new disruptive technologies like facial recognition, artificial intelligence and big data,” China worries the Alliance, and the US in primis.

Beijing also has an unequalled demographic asset, being the most populous country in the world – with almost 1.4 billion people. Although not mentioned, this should be very clear to Stoltenberg, who never fails to recall that NATO comprises a billion people – a number expected to grow, thanks to new partnerships – and so to equal the heavyweight.

In addition to shifting the focus from Russia to China, another item of the imminent top-level meeting, marking a decisive change of course for the Alliance, is the definitive closing of the Afghan military mission – symbolically scheduled for 11 September.

Among the ‘practical’ novelties of the future ‘new NATO deal,’ there is the idea of building an Atlantic security-focused technology hub. According to Stoltenberg, the “defence innovation accelerator […] a new centre to foster greater cooperation among Allies on technology,” will be established on 14 June. Conceived to maintain NATO’s technological superiority over China and Russia, the accelerator should enable coordination and joint technology development for allies willing to participate – and provide extra funding. The initiative is interesting, both for Europe which, technologically, always lies behind the US, and for Washington, enabling it to keep an eye on European initiatives in R&D.

Caterina Tani is NATO and EU Affairs Correspondent for Mönch, based in Brussels 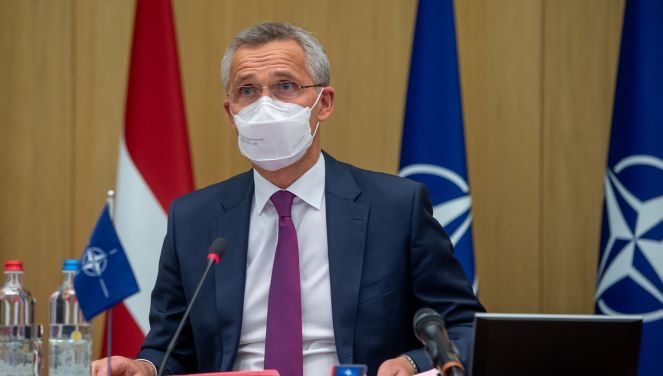