NATO’s Support and Procurement Agency (NSPA) has issued contracts to three industry groups as work continues to identify and develop a replacement for the alliance’s fleet of E-3 AWACS aircraft.

The E-3s, based on ageing Boeing 707 airframes, are due to be retired in 2035. NSPA launched a competition to carry out risk-reduction and feasibility studies (RRFS) for a replacement capability in July 2021, under an initiative called Alliance Future Surveillance and Control, or AFSC. The three new contracts will each examine a different “promising concept” identified during earlier studies. Some 65 companies were involved in the bidding process; seven bids were received.

The three contracts have been awarded to two consortia and one team led by a prime contractor with a number of named subcontractors. The three successful bidding groups are:

In a news release, the NSPA says that “each contractor” has been awarded €15.5million ($17million) “to develop and detail a realistic Technical Concept and analyse its feasibility and risks for implementation.” The results will be assessed by NATO experts and used to guide capability development.

“The award of RRFS contracts is a significant step in the concept stage, bringing us very close to our final goal of taking key decisions on future surveillance and control capabilities,” Dr Cagatay Soyer, the NSPA’s AFSC programme manager, said. “We are very happy to see strong industry players and specialist companies teaming up for these contracts to enable the analysis of a wide range of requirements and propose innovative solutions. The studies will allow us to obtain valuable technical and commercial information in the concept stage and facilitate faster and more efficient execution of complex acquisition programmes.” 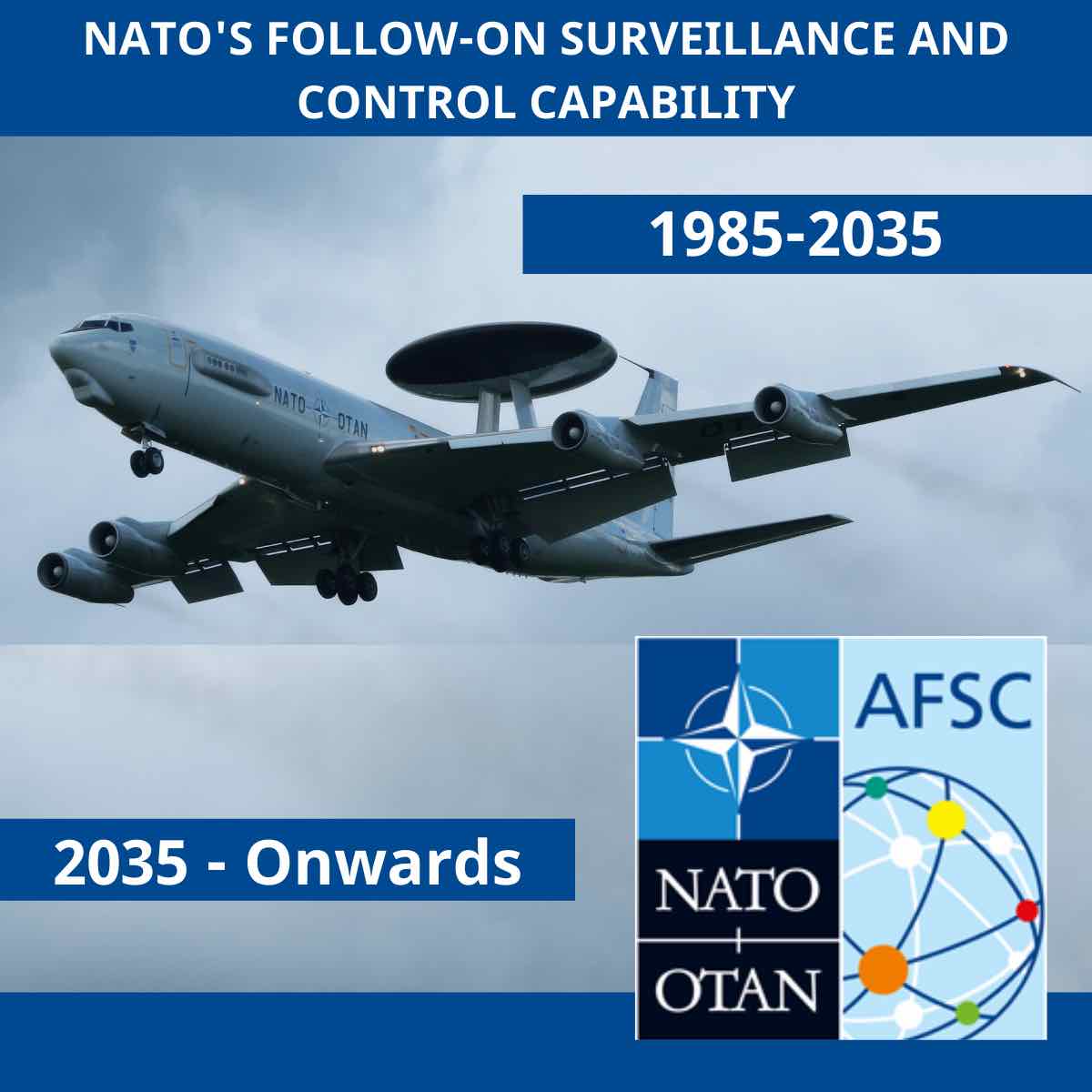 Will the next platform also serve for half a century? (NSPA)