NATO’s annual Robotic Experimentation and Prototyping Exercise Augmented by Maritime Unmanned Systems (REPMUS) exercise has become an Alliance-wide point of reference for the development of C4ISR standards for unmanned assets. It takes place in Portugal around the Portuguese Navy’s Centro de Experimentação Operacional (CEOM) in Troia, which allows exploitation of the ideal oceanic environment of the Setuba Canyon. In addition to the main C2 centre, this year the NATO Naval Mine Warfare Centre of Excellence also established an MCM-dedicated Operations Centre in Sesimbra, tasked with coordinating legacy MCM systems and newly-introduced technologies, such as side scan, multibeam, and synthetic aperture sonars.

The exercise was specifically designed as a testing ground for NATO navies, academia and industry to jointly test unmanned system capabilities, build interoperability and develop operational concepts, tactics, techniques, and procedures. Ideally, key findings contribute to shaping up NATO standards (STANAG), the cornerstone of NATO member states’ interoperability. Since 2010, the size and scope of the exercise has considerably expanded, in line with the growing relevance of unmanned assets in NATO forces.

In 2022, there were 16 participating nations (plus 8 observers), with Portugal as host, and a mix of 1,500 military and civil personnel. Assets involved included ten warships (one amphibious warfare ship, frigates, and OPVs), seven research and support vessels, two minehunters, two fast patrol boats, one submarine, 40 UUVs, 18 USVs, and 45 UAVs. The plethora of unmanned assets included both operational and experimental models. Participants could choose from nine different scenarios, including ASW operations, mine hunting, amphibious operations, and ISR missions

A subsequent exercise, Dynamic Messenger 2022, grouped those unmanned assets that have reached at least TRL 6 (30 UUVs, 8 USVs, and 11 UAVs), thus resulting in a less experimental, more operational drill. In addition to participating nations, Ukraine and Sweden both had observer status, though some may feel this somewhat contrived.

As exercises conclude, initial highlights and lessons learned emerge. For instance, the ASW barrier concept, currently under development in some countries, has come to a NATO exercise for the first time, implemented by miscellaneous surface and underwater assets. In the MCM sector, new data models and tactical procedures have been found to better cope with the rise of disruptive technologies, with a mix of forces – including legacy MCM vessels and innovative systems – in service or under development. In the simulation sector, CEOM brought the potential for ‘digital twin’ technology to the attention of participants, as did research activities conducted by NATO’s Centre for Maritime Research and Experimentation. 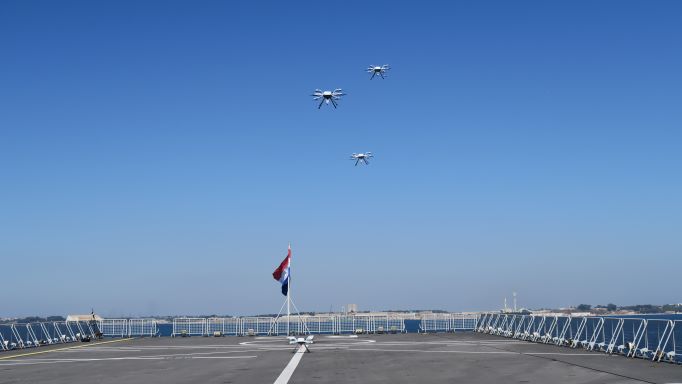