The Myanmar Navy (MN) commissioned a former Chinese People’s Liberation Army Navy (PLAN) Type 35B (Ming class) submarine, along with several other assets, including an offshore patrol vessel (OPV), on 24 December. Named UMS Minye Kyaw Htin, the diesel-electric attack submarine (SSK) entered service in a ceremony held in Yangon to mark the 74th anniversary of the founding of the MN.

The boat is now the second in service with the MN after it commissioned its first-ever submarine, UMS Minye Theinkathu – a Russian-built Kilo class SSK purchased from the Indian Navy – in October 2020.

According to official information, the newly-commissioned assets highlight Naypyidaw’s efforts to realise what it has described as a combat-ready, multi-dimensional navy, capable of protecting the country’s coastal areas, maritime resources, and EEZ.

No further details were provided about Minye Kyaw Htin, but the refurbished SSK is believed to have been delivered only recently by China. The move marks the second time Beijing has provided Ming class SSKs to other Asian navies – Bangladesh received two boats of the class in 2016 as part of a $203 million contract.

The 76m Ming class submarines have a reported top speed of 18kts submerged, and feature eight 533mm tubes for weapons such as the Yu-4 anti-surface heavyweight torpedo. Alternatively, the class, which in China is being gradually replaced by Yuan class boats, can deploy up to 32 naval mines. 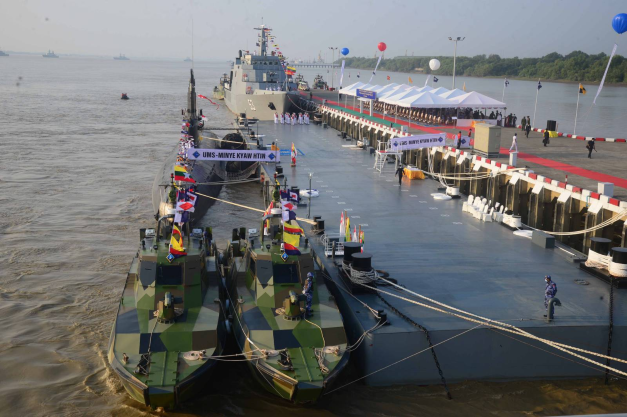