Showcases What Integrated Training Could Mean for Poland

At MSPO 2018 in Kielce, Cubic is revealing to a fascinated audience just what integrated training solutions are all about. The company is seeking to overturn preconceived notions where it can – such as the conviction that instrumented training systems are only appropriate to Combat Training Centres (CTCs): no, says Cubic – pointing to the ‘train as you want, where you want’ mantra that the armed forces of multiple nations have adopted over the last decade – they are just as relevant for forward-deployed forces.

The variety of solutions on offer from a single company can be bewildering. Live force on force instrumented training (using the experience built up with literally decades of using the MILES training system); precision instrumented urban villages dedicated to training for Military Operations in Urban Terrain (MOUT); Air Combat Manoeuvring Instrumentation (systems) to provide aircraft and helicopter pilots with a realistic training domain. Familiarity and competence in all these aspects of the training continuum are meat and potatoes to Cubic’s development teams and systems engineers.

Cubic’s system creates “a realistic battlefield environment for troops to sustain and improve upon their advanced tactical engagement skills against an opposing force,” according to the company. This system can be tailored to the specific needs of a customer. Every parameter of a training session can later be assessed and analysed during the After Action Reviews (AAR), since the system provides tracking and positioning data for all individual entities – soldiers, vehicles, fixed- and rotary-wing platforms – involved in the exercises. Field AARs are carried out on a standard tablet and can simultaneously be made available on larger screens in mobile or fixed facilities.

As presented during MSPO, Cubic’s solutions have several other features, such as shoot-through-wall capability, integration with Virtual Engagement Simulation Systems in which judgement skills are honed (whether to shoot – not simply how to shoot), and the effects of area weapons – for example, blast, noise, smoke. Thanks to so-called Geopairing, the system evaluates weapon effects based on real-time assessment of weapon attitude, including bearing and elevation, and relative locations of both shooter and target. 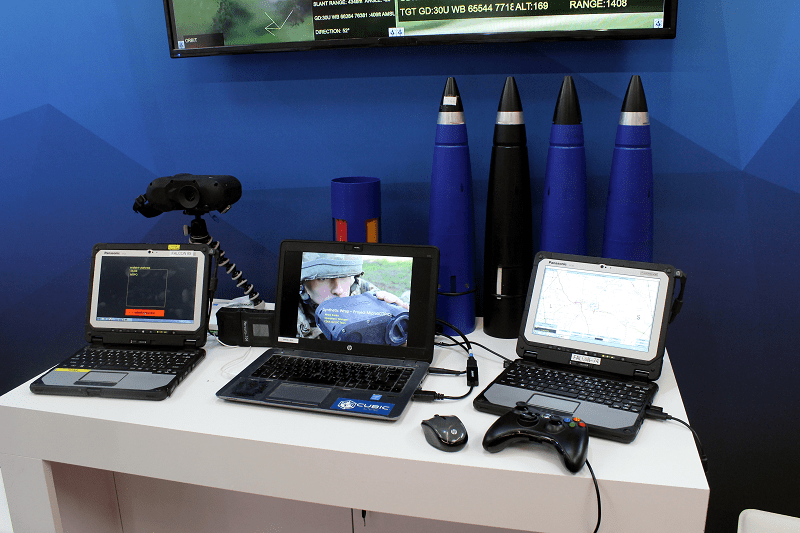