Several interesting projects were presented in detail during the Balt Military Expo (BME) in June 2018 in Gdansk. For example, PIT-RADWAR presented a remotely-controlled AM-35 TRYTON 35mm naval gun with the ZGS-158M integrated opto-electronic sensor. It was equipped with an automatic stabilisation system which is crucial for maritime applications and is based on a license for the KDA 35 autocannon acquired in 1995 from Oerlikon Contraves. The AM-35 is intended to be a standard weapon for the Polish Navy KORMORAN mine destroyer, which was commissioned in November 2017. The system was designed to operate against surface and aerial targets at speeds of up to 600 m/s, with a rate of fire is 550rpm and a range of 5,500 metres. The first AM-35 has already been installed on the KASZUB corvette (Project 620) and there is already speculation it may be procured by India. A coastal variant is now under development.

Gdynia-based Nauta, part of the Polish Armaments Group (PGZ), will deliver the ship platform for the Swedish Navy’s new SIGINT vessel – construction, launch and testing will all occur in Poland, with the first steel having been cut in March. Saab has also signed a deal with Gdynia-based HG Solutions for production and deliveries of equipment for the vessel and has also tasked the Base Group with construction of components for Swedish A26 submarines.

According to local press reports, the local shipyard industry is interested in a joint Belgian-Dutch effort to procure twelve minesweepers as a replacement for the TRIPARTITE-class minehunters. Such interests were officially confirmed by Remontowa Shipbuilding, which was a leader in the KORMORAN project. In late 2017 the company supplied Algeria with an EL-MALLAH masted frigate for cadet training and naval diplomacy, a €40 million vessel the company describes as the largest and fastest sailing ship of its class.

One of the latest products of the Polish defence industry, already offered to foreign customers, is the GROT 5.56mm assault rifle, ordered by Poland last year. They are now being delivered by FB Lucznik, a subsidiary of PGZ. The GROT/MSBS is the first indigenously designed and produced assault rifle since World War II and features modular construction – many parts are interchangeable across the entire range. Available variants, all in a bullpup configuration include the GROT B 20PS FB-M1 marksman rifle, the GROT B 20M FB-M1 light machine gun, the GROT B 16G FB-M1 rifle with under-barrel 40mm grenade launcher and the standard GROT B 16 FB-M1.

The MU-3M KOLIBER miniature night-vision monocular, one of the lightest in its class, is offered by Warsaw-based PCO, which also offers the MU-3ADM/NPL-2 KRUK/PNL-2AD SOKÓL night-vision goggles or PNL-4 ORLIK aviator’s night-vision goggles. PCO also offers optoelectronics for armoured vehicles, including modernisation packages for the T-55 and T-72 main battle tanks. The company has supplied its products to an unspecified Asian country, in which they are already in use with Special Forces and anti-terrorist units. Under a contract signed in 2017 with Ukraine, PCO will deliver optoelectronic sensors for drivers, commanders and gunners of various vehicles such as BRDM, BTR, BMD and MT-LB, to the Zhytomyr Armoured Plant. An initial deal covers deliveries of 16 1PN22M gunner sights and a, “similar number,” of upgrade packages with PNK-55 driver night-vision periscopes, TKN-3Z day/night commander periscopes, and 1PN22MZ gunner sights. Earlier, PCO supplied Ukrainian forces with the PNL-3M miniature night-vision aviator’s goggles.

Private company WB Electronics is one of the most active in Poland and abroad, with a rich portfolio which includes C2, reconnaissance and weapons control systems, unmanned aircraft and IT solutions. One of the latest products is the WARMATE loitering munition, of which the Polish military ordered 1,000 for €22.8 million in 2017. It can stay airborne for up to 30min and can be equipped with one of three available warheads: a cumulative charge warhead to strike against light armoured vehicles; an anti-personnel fragmentation charge warhead; or a thermobaric payload for targets in confined spaces. In May 2016, both WARMATE and the FLYEYE UAV were displayed in Ukraine. The latter has been deployed operationally by Ukrainian forces since March 2015.

In June 2017, field tests of the FLYEYE systems were accomplished in Ukraine, which now produces these UAVs under licence. During AUSA 2017, WB Electronics unveiled the U-GATE system for dismounted soldiers, a C4ISR-E(xtended) system which enables Special Forces operatives to direct strikes from loitering munitions and analyse the battlefield.

In 2017, the highest export achievement (€78 million) was made by ROSOMAK with its synonymous wheeled vehicles in various variants. The majority of this value came from parts ordered by Finland’s Patria for South Africa. In June 2016, 40 vehicles were delivered to the UAE and Poland is also trying to sell them also to Slovakia in the SCIPIO variant: a ROSOMAK with indigenous TURRA 30 turret with 2A42 30 mm cannon and 9K111 FAGOT/9M113 KONKURS anti-tank missiles. However, in January 2018 Slovakia started tests of a BOV vehicle, an upgraded variant of Patria’s AMV-XP (Extended Payload). This vehicle was chosen by Bratislava in November 2017 without a tender. A deeper cooperation with Hungary is planned – Poland offers RAK 120mm SPMs, KRAB 155mm SPHs and locally-produced man portable air defence systems such as the GROM and PIORUN. At the same time it was agreed that a defence cooperation among the V4 states (Poland, Czech Republic, Slovakia, Hungary) should be strengthened, although so far little has come of this idea.

Robert Czulda, PhD, a research associate in the Department of Foreign Policy and Security Theory at the University of Lódz, Poland, is an expert in international security and defence issues and a regular contributor to MONCh. He will report from MSPO next week. 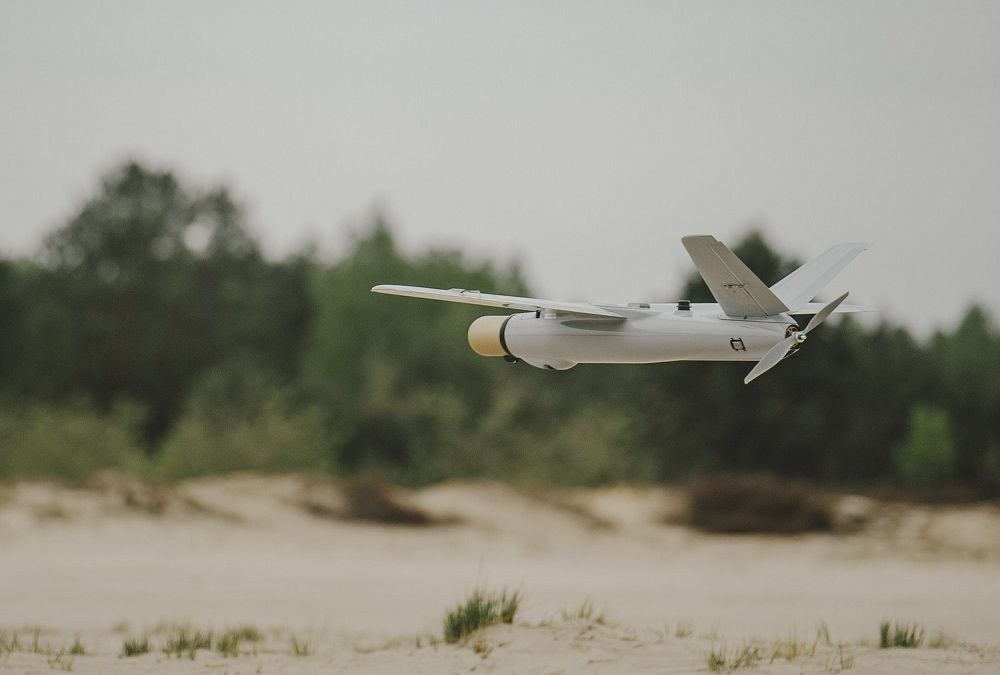