Official plan envision the BWP-1 fleet being replaced by the BORSUK AIFV, but Warsaw now seeks to modernise a limited number of the estimated 1,200 still in service as an interim solution until BORSUK becomes fully operational, sometime after 2030.

Labelled an “extended version” by WZM, the vehicle has the 73mm gun removed and replaced with a Cockerill 1030 remotely-controlled station integrated with the BUSHMASTER Mk44S 30 mm gun and a 7.62 mm machinegun. It has also eight smoke-grenade launchers, integrated with a self-protection system, and a twin ATGM launcher. It has a crew of three (like the original variant) and up to six passengers (instead of eight in a standard version).

The new modernisation package presented during MSPO 2021 is being offered to Polish and foreign customers, and the company has all the expertise and facilities to conduct the appropriate upgrades – it has, for example, been modernizing Poland’s BWR-1S/D reconnaissance vehicles. 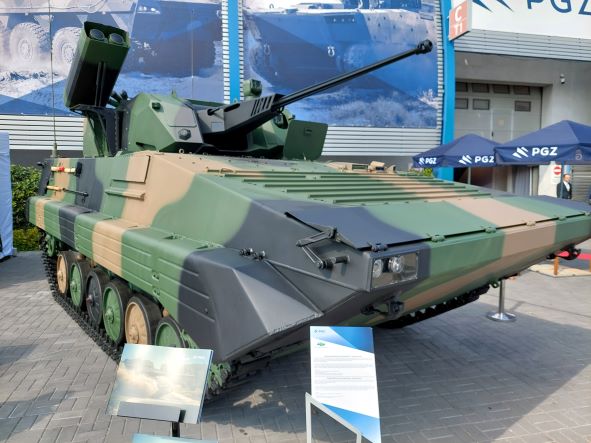