Based on the African company’s BRUISER 212 wheeled vehicle, COMBATMATE was engineered by WB Group as a multirole platform, tailored to the needs of the various branches of the military as well as other security services. A variant presented in Kielce was equipped with systems manufactured by WB Group, including the FONET tactical digital communication set and COMP@N and PERAD mobile radios, as well as the TOPAZ integrated combat management system. According to the producer, the vehicle has a range of up to 2,000 km. The basic version of the BRUISER 212 has a maximum seating capacity of 2+10, and can be transported inside a 6m ISO container.

WB Group’s vehicle was also equipped with a top-mounted remotely-controlled ZSU-03 turret from Arex – a WB Group subsidiary – with an M2HB 12.7 mm machinegun and smoke-grenade launchers. More interestingly, the vehicle also featured a portable launcher for the WARMATE-TL loitering munition.

During the show, WB Group announced it has been awarded a contract by an undisclosed foreign customer for the WARMATE loitering munition in the latest variant (version 3.0). This is an additional contract with the same buyer, who – by mid-2022 – will have roughly 1,000 WARMATEs. Informed speculation suggests the mysterious customer is Ukraine. 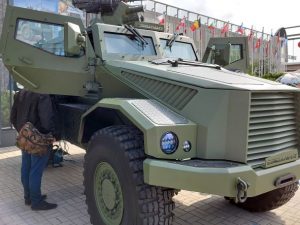 Bruisertech, which has to date focused most of its market development attention on African opportunities, is now actively seeking entry into European and broader markets. 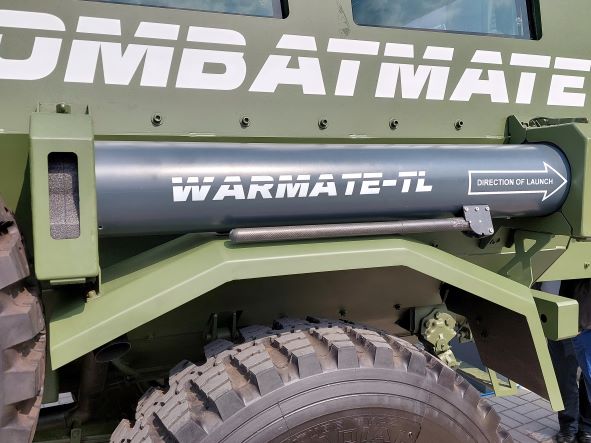 COMBATMATE will generate interest for its rugged construction and the inclusion of the WARMATE loitering munition. (Photos: Robert Czulda)