A cyber attack – possibly carried out by a nation state adversary – had “significant” effects on the Defence Academy of the United Kingdom, the institution’s former director general has revealed.

Speaking to Sky News, retired Air Marshal Edward Stringer explained how the attack was noticed by contractors working for Serco, which manages the Academy’s digital infrastructure. Analysts realised that there were “external agents on our network who looked like they were there for what looked pretty quickly like nefarious reasons,” he explained.

The Academy’s network does not handle any particularly sensitive information, but Stringer said it was possible the attackers were trying to use the system as a back door to access classified MoD data. As a result, the academy treated the attack as potentially being from a hostile state, though Stringer acknowledged it could also have been from a criminal organisation seeking to install ransomware.

The attack accelerated existing plans to rebuild the academy’s network – a process which remains unfinished. The Shrivenham-based institution is the equivalent of a university, and offers training not just to British military personnel but civil servants and members of security agencies, as well as to foreign nationals. It runs the Defence STEM Undergraduate Sponsorship (DSUS) scheme, which involves four undergraduate squadrons based at Newcastle, Birmingham, Loughborough and Southampton universities, and which supports STEM bursaries across 11 UK universities. It also operates the Royal College for Defence Studies, based in London.

“There were costs to … operational output,” Stringer told Sky News. “There were opportunity costs in what our staff could have been doing when they were having to repair this damage. And what could we be spending the money on that we’ve had to bring forward to rebuild the network? There are not bodies in the streets, but there’s still been some damage done.”

The attack was reported in news media following its discovery in March last year, but Stringer’s interview marks the first time it has been discussed in detail publicly. 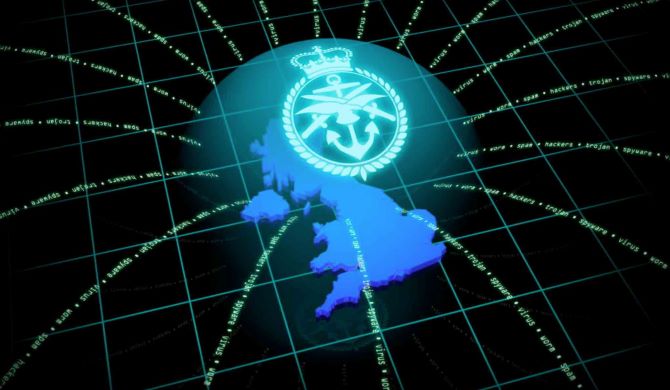