General Atomics Aeronautical Systems, Inc., (GA-ASI) has announced a new variant of its PREDATOR and REAPER family of UAS, the MOJAVE, and is marketing it as a special forces platform.

The aircraft, a prototype of which GA-ASI says first flew this summer, marries the fuselage and infrastructure of REAPER with deeper, shorter wings and stronger landing gear. The resulting airframe can carry twice the payload of a PREDATOR, while its flight characteristics allow the use of forward-firing weapons, such as the M134D-H minigun. The aircraft is optimised for short-field performance, enabling operations from improvised or austere strips, or from aircraft carriers.

The aircraft retains the same blend of line-of-sight and satellite datalinks as the REAPER, allowing flights to be controlled locally from the airfield, or from a remote base. In theory, a MOJAVE could take off in one place, land in another, and be controlled during the mission from a third location.

MOJAVE can carry up to 16 HELLFIRE missiles, or other stores: in combination the payload capacity is 3,600lbs. It can also carry EO/IR, SAR/GMTI and SIGINT, optimised to conduct missions over land or water.

Performance varies, depending on mission configuration, but GA-ASI says that, if flying an ISR mission with no external stores, maximum endurance is around 27hrs. Shorter runways limit the maximum take-off weight, and therefore would reduce the fuel load, but the company claims that an ISR mission flown from an airstrip shorter than 1,000ft would still allow for endurance in excess of 20hrs. A MOJAVE armed with 12 HELLFIREs and launching from a 1,600ft runway could stay airborne for over nine hours.

“We are providing the ground force with a long-endurance, armed overwatch UAS that can quickly reload weapons at austere sites, located close to the conflict zone. This revolutionary design, based on seven million flight hours of UAS experience, increases expeditionary employment options,” offered CEO, Linden Blue. 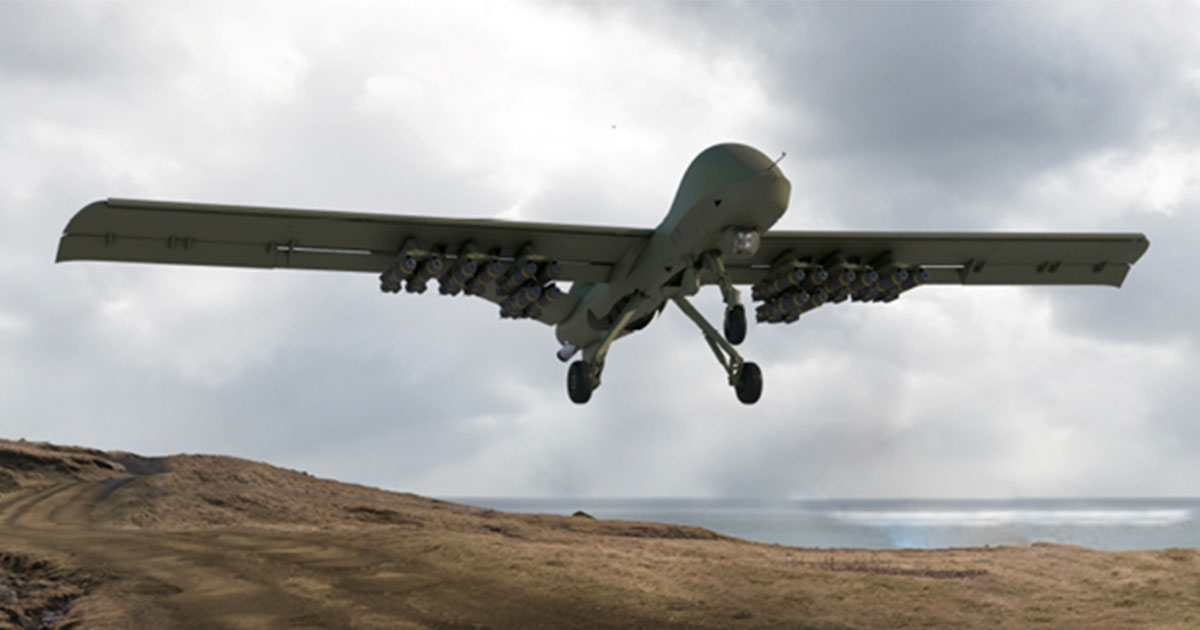