With ground clearance of 60cm, fording up to 61cm and able to negotiate 60% slopes, the UGV has a top speed of 20km/h and is powered by a diesel-electric drive that – depending on mission parameters – offers up to 15h constant operation without refuelling. Adding ballistic protection to STANAG 4569 level 3 would not affect these dynamic capabilities.

THeMIS was equipped with the deFNder Medium Remote Weapon Station, carrying a .50 cal (12.7mm) heavy machine gun being used by soldiers from the Kuperjanov Infantry Battalion who were faced with a variety of different battlefield scenarios, which included defensive and offensive actions. Combat missions were simulated and carried out in rural as well as urban areas. This is the second time that FN Herstal and Milrem Robotics deployed their joint solution during the Spring Storm in a continuous effort to perfect the force multiplier UGV for end-users.

“We are proud to maintain our partnership with Milrem Robotics by deploying our latest developments in realistic field conditions,” said Igor Klapka, VP Systems for FN Herstal. “For the first time, we are showcasing new ways to control the deFNder® Remote Weapon Station: the operator being mobile with the troops and commanding the weapon thanks to a portable controller and observing via a screen or through display goggles. As always, and more than ever, the human stays in-the-loop.”

“Our joint combat UGV is one of the first armoured UGVs in the world that’s especially well-suited for urban conflict areas,” commented Milrem Robotics’ Director of Defence Programmes, Jüri Pajuste.

The vehicle is configured for wireless BVLOS control from a distance of 1,000m in urban terrain and 2,500m in rural areas. The operator can command the system from an ergonomically-designed mobile or stationary crew station, linked to a Graphical User Interface for intuitive workflow and task execution. The system significantly decreased the cognitive workload on the operator, reducing operator fatigue and improving combat performance. 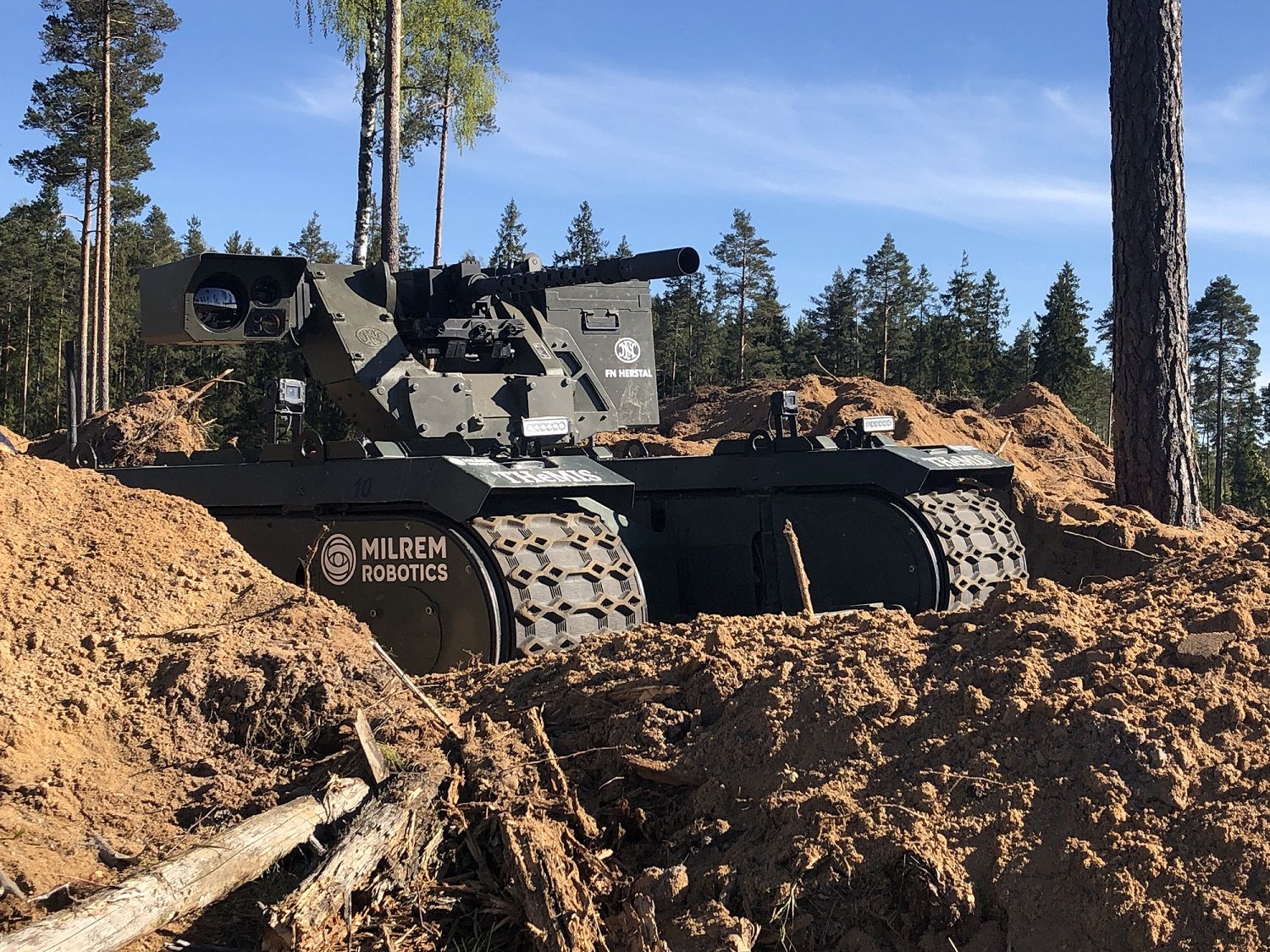