Rohde & Schwarz unveiled the ARDRONIS counter-UAS solution at Milipol 2021 in Paris last month. The system was conceived to provide situational awareness via continuous reporting of drone activity on all relevant frequencies within large coverage areas. Detection is based on radio command (RC) signals, but can be complemented with radar, electro-optical sensors, airborne counter-drones and other assets that operators may require to be integrated. Typical configurations cover frequency ranges from 20MHz-6GHz, within which most commercial drones operate. WLAN-controlled drones are detected with a dedicated WiFi traffic analyser (detected based on Mac-Address analysis).

The company assesses that radio signals have characteristic parameters that can be accurately measured, thus reducing the number of false alarms. Once RC links are detected, ARDRONIS alerts security personnel to potential threats, enabling further action if required. In demonstrations at Milipol, the system detected an RC just a few seconds after activation, meaning potential detection of a malicious drone prior to take-off. In operation, ARDRONIS also geolocates the signal and reports it to security forces – which can arrest malicious operators. A direction finder means multiple options are available to decision-makers, who would have time for triggering multiple countermeasures – depending on the country’s policy for the airspace.

ARDRONIS is modular, scalable and can include as many as 100-110 different hardware components. Such a solution is unique in this category, as it allows for complete coverage against commercial drones over a large area. The system promises to deliver a real-time recognised air picture of all flying objects controlled via frequency-hopping spread spectrum (FHSS), proprietary wide-band signals, and Wi-Fi. Like most modern technologies, further developments are expected in the key areas of artificial intelligence, contrast of autonomous drones, and cloud computing. 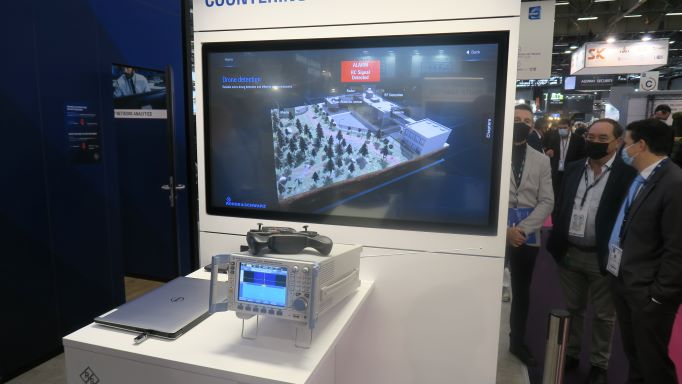