The Reality: USA NOT Going it Alone in Missile Defence

US President Donald Trump’s bluster and theatre during his recent group and side-bar meetings at this July’s NATO Summit has not trickled down to the US military-industry team – which is closely collaborating in missile defence with its allies and friends around the globe. This week’s SMD Symposium provided not-so-subtle insights on the new and increasing partnerships developing throughout this warfare domain. In fact, the sign from the US military-industry team should clearly read “We’re Open for Business” in terms of cooperation and collaboration.

Most significant, a number of countries are buying PATRIOT and other US weapon systems. As reported earlier on MONch (here), Poland, Romania and soon-to-be Sweden are joining the ranks of PATRIOT owners. There was increasing buzz around the conference halls that Switzerland is also considering the purchase of the PATRIOT system. Indeed, PATRIOT is one of those literally “on the tip of the spear”, seeing plenty of recent action in the war in Yemen, with Saudi Arabian-owned Patriot systemmes regularly engaged with Houthi rebel missile attacks coming from Yemen.

Beyond the expansion of US weapon systems and other products throughout the missile defence domain, non-US companies are stepping up their presence in the market space in the US and elsewhere. One need look at the Danish firm Weibel’s widening portfolio (interview here) and the presence of the Dutch Pavillion with TNO, the independent Dutch research organisation and Thales Netherlands, a developer of naval sensor systems for customers around the globe, as symposium exhibitors. On cue, at this Monday’s Missile Networking Reception attended by MONch, Richard Yu, Director of the Capability Development Integration Directorate at the US Army’s Space and Missile Defense Command’s Future Warfare Center, asserted the US should take a page from NATO’s own missile defence framework that is linked together through a command and control system. As part of his discussion, he noted the Dutch have, “great,” missile defence sensors, which is the, “kind of currency international partnerships are able to provide.”

As noted throughout presentations at 2018 SMD Symposium, a number of other nations are heavily investing in missile defence – often with the nexus back to the US. Indeed, this 30 July the Japanese government announced it selected Lockheed Martin to outfit its defence forces with two AEGIS Ashore radars at two sites in the nation. US Missile Defense Agency and industry members contacted this week about this deal declined to provide details on the buy, noting it is not official yet – part of the award falls into the often byzantine US Foreign Military Sales program, under the purview of the US State Department, and still needs US congressional approval.

As significant, beyond the quickening pace of partnering and collaboration, there are also related challenges to work through, in particular the need to quickly become increasingly interoperable with allies when it comes to missile defence. During the 7 August Missile Defense Networking Reception, Col Francisco Lozano, US Army Project Manager for Lower Tier Project Office within the Program Executive Office Missiles and Space, said: “Probably the challenge that we struggle with the most with regards to our foreign partners is increasing and enhancing our cross-domain solution capability. So not only just the ability to share information between our international partners in a given combat scenario but actually to do it at a high enough fast data rate so that the information is relevant and actionable.” (Full story here).

Aside from Japan’s AEGIS Ashore efforts and other embryonic contracts, there will be plenty of related content MONch readers will be able to gain from this web site and its sister publications, well into the future. One of the efforts on our “watch list” involves the US Army’s continued activities to test and integrate the Israeli IRON DOME for protection against cruise missiles and other threats (story here). The US will continue to invest in IRON DOME’s development, led by Rafael and supported by Raytheon and other industry partners. 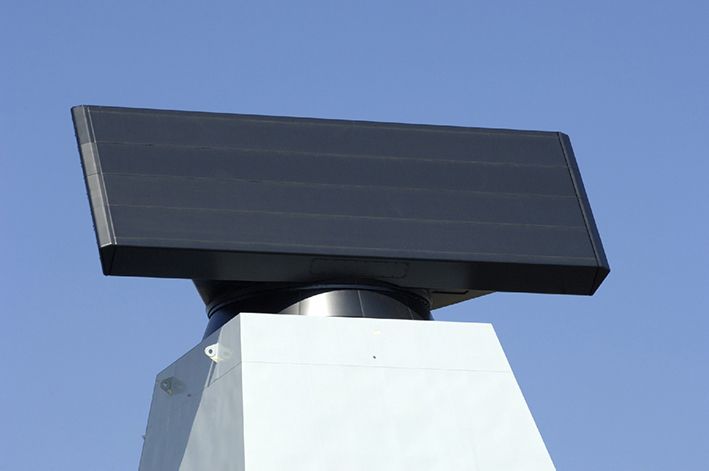