Between 27th June and 2nd August 2018, the USMC participated in the largest Rim of the Pacific (RIMPAC) exercise conducted since its inception in 1971.

Comprising a total of 25 partner nations, 46 surface vessels, five submarines, 17 ground force components, 200 aircraft and total of 25,000 personnel, RIMPAC 2018 was widely viewed as the biggest international maritime security exercise in the world, designed to ensure the, “safety of sea lanes and the World’s interconnected oceans”, according to official documents.

Brig.Gen. Hashimoto confirmed: “Every USMC unit that participated in RIMPAC, from the infantry and squad up to the regimental command level, had their own training objectives. So far, we have been fortunate to have met most of the objectives. But as a macro-view for the Marines as a whole, we had several particular objectives we were looking to achieve. The Australians invited us to embark a platoon of Marines from this Year’s Marine Rotational Force-Darwin onto the HMAS ADELAIDE to join with the Australian Army for RIMPAC, to include the transit to and from Australia. We were able to show that our partnership with Australia truly was adaptable and capable. We also wanted to include new partners into RIMPAC. This year, we had the newest marines in the world, the Sri Lankan Marine Corps, join with the Australians and us. Along with the Sri Lankan Marines, the HMAS ADELAIDE also stopped in Tonga and embarked the Tongan Marines for the exercise.”

He went onto describe while highlighting the operational importance of such interoperability: “We welcomed the opportunity to train with the Korps Marinir or Indonesian Marine Corps, here in Hawaii. As they are a very capable force, we always look for opportunities to train with them, both at sea and ashore. They brought their capable Landing Platform Dock Kri Makassar to Hawaii, and we again learned a lot by training with them.”

Elsewhere, he described ongoing USMC enthusiasm regarding additional cooperation with the Armed Forces of the Philippines (AFP) and specifically the Philippine Navy and Marine Corps, both of which also participated in the training in the US: “The Philippine Navy brought a company of Philippine Marines on the amphibious ship Bro Davao Del Sur, and were fully integrated into the exercise. By training together in each other countries, we demonstrated that our partnership is mutual. We also wanted to embark a Command Element from the 3rd Marine Regiment to meet their training objectives for Command and Control in a multinational amphibious exercise. Thanks to our capable RIMPAC partners, we were able to safely integrate all the participating nations into the various activities, to include live fire and manoeuvre at the Pohakuloa Training Area on the Big Island of Hawaii, and multiple ship-to-shore and shore-to-ship movements. And of course we always want our tactical units here in Hawaii to operate from amphibious ships every chance we get, especially our Assault Amphibious Vehicles (AAVs) and our helicopters. They had a great training experience operating on our partner nations’ amphibious ships and training with their forces.”

“So yes, we achieved our overarching objectives,” the General stated. “It is not a cliché that we are doing more things with more nations. RIMPAC shows the Indo-Pacific nations are increasing their amphibious capabilities and capacities. We hope they think of us as their training partner of choice for amphibious and expeditionary operations.” 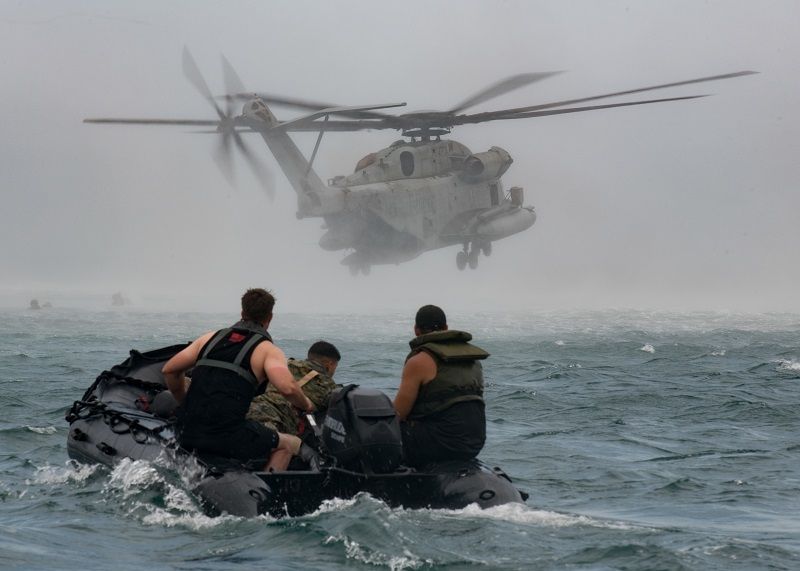