In an interview, Matthew Meyers, President, B.E. Meyers & Co. Inc., informed MONS about the company, its technology, and the infamous MAWL

M. Meyers: B.E. Meyers & Co. has three primary product segments specific to weapons applications, hail and warning, and precision optoelectronics that are integrated into a variety of UAV platforms and standalone devices. Our signature products such as the IZLID, GLARE, and MAWL and other laser product systems consist of visible, near-IR, and out-of-band pointing and illumination systems that are used in a variety of applications, such as:

MONS: Are there technical differences between laser applications for UAVs and weapon mounted units?

M. Meyers: The primary differentiator between these two product segments is that while both systems provide a precise visible or IR beam, the weapon mounted systems are intended to be attached to a variety of platforms utilising a standard NATO Accessory Rail or MILSTD1913. Our weapons laser products are designed for durability in all combat conditions, and many of our laser systems typically outlast several lifecycles of the weapons they are mounted on. As a small company, we have built our brand reputation over the years by developing and manufacturing products that the soldier can rely on when they need them most.

Our Optoelectronic Solutions products are integrated into the electro-optical sensor payload or “pod” mounted to a UAS, aerostat, integrated fixed tower, or any other requirement where space is at a premium. Our UAS laser systems are extremely compact, and designed to ensure that they are capable of radical changes in environment as a UAS platform may go from a hot tarmac to freezing temperatures at high altitude in a short amount of time while maintaining consistent performance throughout.

MONS: What are your customers from the SOF community – military and police – currently asking for in the field of weapon lasers? What are the trends?

M. Meyers: There really had not been any advancements in weapons laser pointing and illumination capability in over 12 years, and many end-users were looking for advanced features in a more ergonomic and compact form factor as all the existing solutions were nothing more than a box bolted onto the rail that did not have much consideration for the operator that needed to use it. The existing systems were limited and did not have the ability to effectively be manipulated while on the move. There was so much knowledge that had been accrued following combat operations in Iraq, Afghanistan, and elsewhere, we discovered in our conversations with customers that the night fighting skills and capabilities of SOF had exceeded the technical capabilities of the current systems. We spent six months conducting studies and user juries with end-users of various backgrounds as we identified feature sets that were not being met, and tried to narrow it down to the absolute essentials that would enable an operator to engage targets quickly and effectively in combat conditions. Out of this process, we established the criteria for what would become the MAWL (Modular Advanced Weapon Laser).

MONS: What makes your newest product MAWL so different from the other ones out there?

M. Meyers: The design philosophy behind the MAWL is incredibly simple: Create a weapon aiming and illumination laser that can be used in the dark, under stress, on the move, with gloves on, in a combat environment. Ergonomics, beam quality, expanded feature sets, and modularity is what sets the MAWL apart from every other device on the market.

We started with the ergonomics of the design, working to ensure that how the end-user manipulated the system was at the forefront, and that the operator could choose the ideal settings to engage targets at any range from 2m, to 20m, to 200m, out to 600m, and beyond in under one second using only the tip of your thumb. Once this design took hold, it allowed the user to move quickly through built-up areas and structures under night vision goggles with infrared lighting conditions appropriate for operations in an urban environment, such as alleyways, courtyards, hallways, rooms, stairwells, and also having the capability to illuminate open areas for long-range targeting.

Secondly, we incorporated a new type of laser illuminator into the system that provided a crystal clear illumination pattern when viewed under night vision. The existing systems that had been fielded were infamous for their grainy pattern, spots, and artefacts within the beam that obscured the operator’s ability to identify and engage the target effectively. Additionally, we included multiple illuminators at varying divergences that provided a cascading effect that optimizes the user’s ability to push past the “photonic barrier” of common urban illumination obstacles such as streetlamps, automobile lights, and other ambient light barriers that can interfere with night vision devices. We incorporated a high-power visible green laser in for daytime communication and aiming, but primarily for ease of daytime boresighting as the green laser is significantly more noticeable to the human eye than a red laser. For ease of operation, the green laser pointer is co-aligned with the near-infrared laser pointer, allowing for a quick and effective day to night boresight.

Thirdly, the modularity of the system is unparalleled. The laser is completely ambidextrous for either left-handed or right-handed operators, allowing it to fit on the rail wherever is ideal for the end-user. The offset of the primary laser housing of the MAWL ensures that the device is clear of any magnifying optics that are also mounted to the rail, but ensures that it is perfectly situated to be used in combination with any common white combat light.

M. Meyers: All of the above, but the main developments that customers can expect is additional laser solutions that will take advantage of the modular nature of the MAWL, to include different laser modules to meet the constantly evolving needs of the soldier. 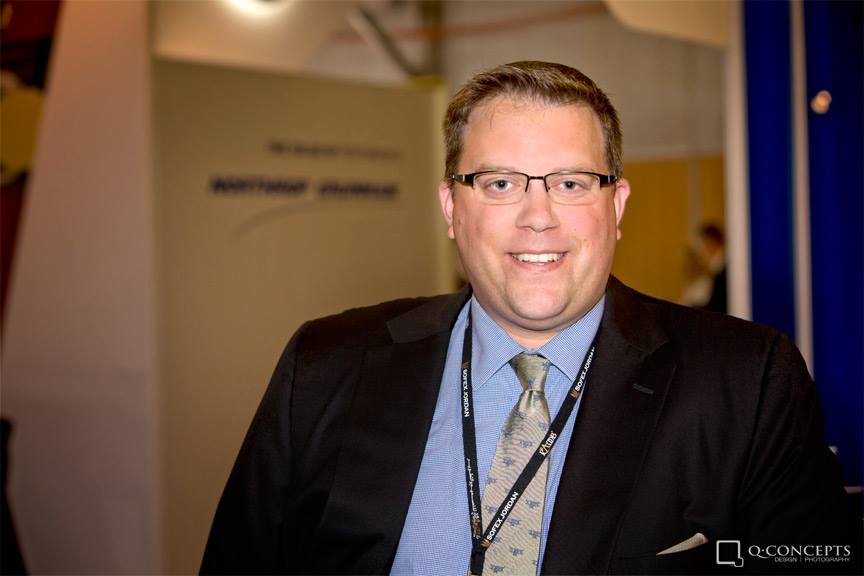