MBDA disclosed annual results & its plan for the years to come

With a series of press conferences in France, Germany, Great Britain and Italy, MBDA CEO Antoine Bouvier and the respective national key managers made the point on the status of the company in 2018. It was also a showcase of MBDA’s future undertakings.

In 2018, MBDA amassed €4 billion in orders that brought the company’s backlog to €17,4 billion. Furthermore, this year has marked a tipping point in procurement trends, with 62,5% of order intake coming from home markets and 37,5% from export. Previously, the export shares had reached peaks of 70-75 percent. The return of national investment in the defence sector has a direct impact on innovation as well.

European procurement programmes are coming with demands for technology advancements. In brief, European military bodies want to come back deploying cutting edge missiles. MBDA will respond by upgrading those of its 45 operational missile systems that can be brought in condition of providing cutting edge capabilities as well as by pushing forward the 15 projects currently in development. Today’s principal upgrade programmes are dedicated to the ASTER family, the SCALP-EG/TAURUS/STORM SHADOW family, BRIMSTONE missile and MISTRAL missile.

The MICA-NG contract signed in November 2018 between French Direction Général de l’Armement (DGA) and MBDA stands in the middle. The next generation of MICA missiles will have the same airframe of current weapons, but it will completely new inside, from the guidance system to engine.

According to Mr Bouvier, further programmes could come under the newly established European Defence Fund. Albeit limited, these funds represent, in Mr Bouvier’s words, the first real EU-level financing built around the wish and will of delivering on concrete capacities for EU member states. For instance, the TALOS (Tactical Advanced Laser Optical System) programme pursued in collaboration with Cilas (Ariane Group) may lead to the deployment of high-energy laser weapons by 2027.

As highlighted in our magazines in autumn 2018, the situation of the Italy-led programmes was foggy because of the Italian government’s exotic approach to defence issues. The round of press conferences was a good opportunity for making the point on the status of programmes, thus looking through the fog.

The most problematic programme has been the CAMM-ER. The missile is indispensable for replacing the ASPIDE family, which cannot be logistically supported beyond 2022 – and it would be obsolescent anyway. After the Italian government had taken a strong position to erase the programme, the military hardly pressured for coming back on the decision. In effect, should Italy be unable to replace sea based and ground based batteries of ASPIDE missiles, the country would experience a severe capability gap in short range air defence.

Following these efforts to underline its high priority status, the government, the military, and industry would be discussing about it. As Pasquale di Bartolomeo, Managing Director of MBDA Italy and Executive Group Director Sales & Business Development of the whole holding, put it, the programme has to be considered slowed down rather than cancelled, as it is considered existential by armed forces. Mr Di Bartolomeo is confident that the situation will be unblocked soon.

The other MBDA Italy programmes, instead, are in very good health. The company can make a great addition to the multinational group’s overall performance, and it is putting the premises for doing so in the next decades.

A symptom of its relevance is given by the recent decision of acquiring the Fusaro (Naples) research and production site (previously only leased) in order to pledge investment into it. The Fusaro site is MBDA’s centre of excellence for the production of missile seekers. Recently, the site has marked the milestone of 1.000 seeker delivered, meaning a production of an equal number of missiles that MBDA has delivered to clients worldwide.

Another key example is the unveiling, during the press conference, of some features of the new TESEO MK.2E (unofficially called EVO) heavy anti-ship missile – another programme confirmed by both MBDA and Marina Militare. The new missile’s seeker will mount a small sized – yet extremely performant – AESA radar, the first of its class in Europe. MBDA Italy will drain from Leonardo’s experience in the field to miniaturise an AESA radar to be as small as a missile seeker, thus mitigating technology risks associated with entirely new products. Mr Bouvier and Mr Di Bartolomeo agreed on the likely utilisation of such a technology on FC/ASW programme as well, hence hinting that Italy may jump in.

For what concerns other programmes, Italy is involved in the upgrade of the STORM SHADOW cruise missile for Aeronautica Militare and in the ASTER upgrade programme for the Italian Navy (ASTER 30) and army (SAMP-T). It is no mystery that MBDA works to make the SAMP-T system as performing and as commercially desirable as PATRIOT batteries. In addition to the effectors, French batteries will replace the ARABEL X-band multifunction radar with Thales‘ GF-300 S-band air defence radar; Italian batteries will have Leonardo KRONOS HP C-band radar.

MBDA Italy is also contributing to the integration of the METEOR long range anti-aircraft missile on Lockheed Martin F-35A and B in cooperation with MBDA United Kingdom.

Lastly, the MARTE family of light anti-ship missile continues the wake of success. After the first launch of the MARTE-ER, the system has raised further interest in the Middle East. It is likely that Kuwait will issue a Request for Proposal (RfP) to equip its 28 Eurofighter TYPHOON on delivery with MARTE-ER missiles. In addition, MBDA Italy is negotiation with an undisclosed Middle Eastern client for a possible acquisition of the ship-launched version of the missile. 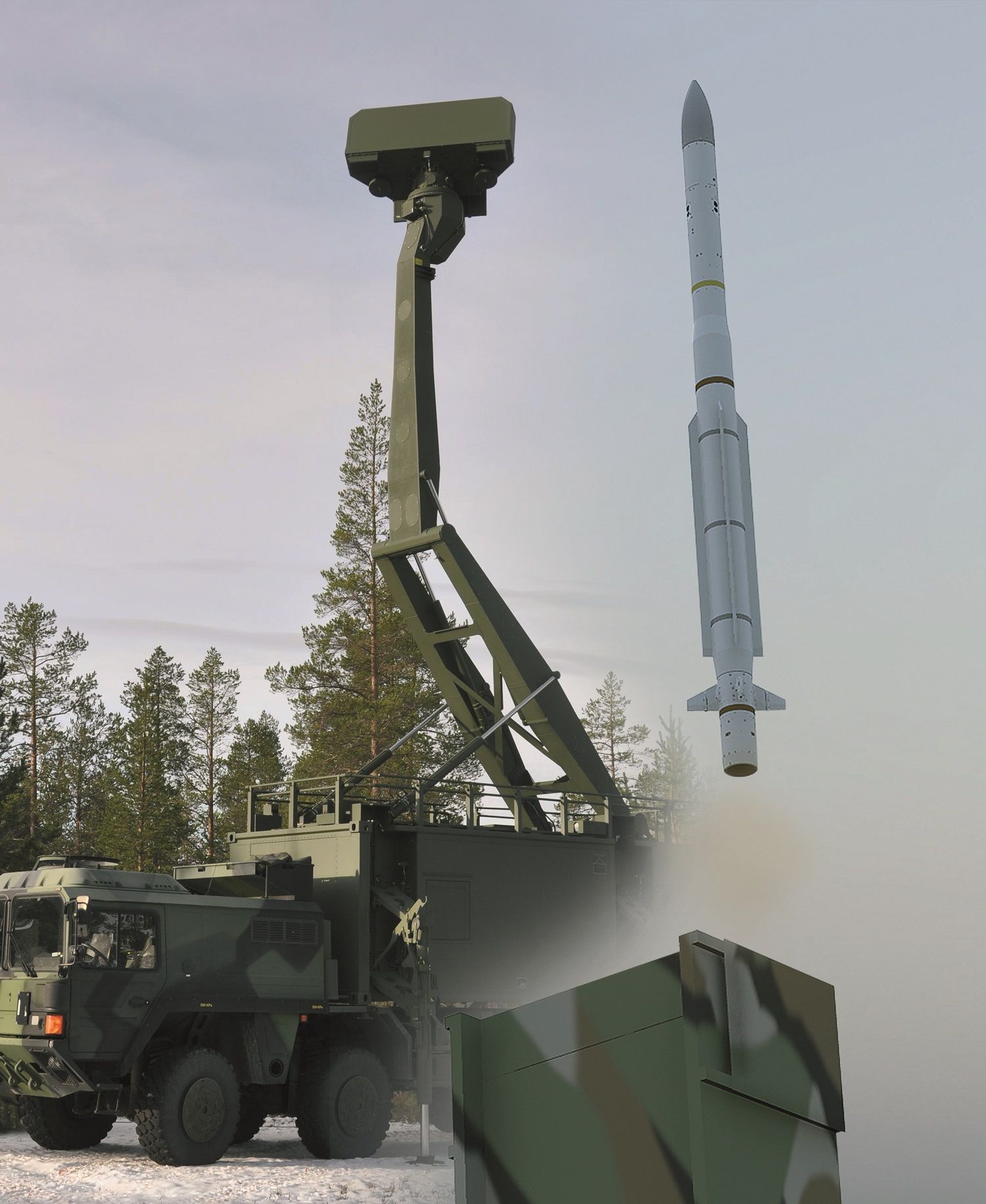