MBDA opened a new, permanent office in Brussels on 9 November, strengthening its multinational presence close to the institutions of the EU and NATO, to better support their initiatives towards greater European defence co-operation.

MBDA CEO, Eric Béranger, stated “MBDA fully supports the objectives of the EU and NATO to deepen their initiatives towards defence co-operation between participating countries. MBDA is a unique and successful model of a European integrated defence company. With more than 12,000 people working together across France, the UK, Germany, Italy and Spain, our large European footprint gives us the critical mass to compete on the global market. Over the last 20 years, MBDA has built a strong track record of international cooperations and, through this new office, we are looking forward to contributing our experience to the collective success of the European defence agenda in both its EU and NATO dimensions. Key to this are cooperation programmes, which are the ‘engine’ for the creation and consolidation within the European defence ecosystem of globally successful champions such as MBDA.”

The EU is making swift progress on enacting its ambitions for European defence across its institutions. MBDA is at the heart of this effort, leading on two missile system-centric projects developed under the Permanent Structured Cooperation (PESCO) framework – BLOS (Beyond Line Of Sight) and TWISTER (Timely Warning and Interception with Space-based TheatER surveillance). MBDA is also an active participant in a number of Preparatory Action on Defence Research (PADR) and European Defence Industrial Development Programme (EDIDP) initiatives, precursor programmes to the European Defence Fund (EDF), now in force, which will accelerate the collaborative development of new capability priorities and supplement national funding on topics with a high European added value.

NATO’s new 2030 strategic roadmap will strengthen its role as the central platform for transatlantic defence consultation. NATO demands are high in capability and interoperability terms. The set-up of collaborative frameworks, such as Modular Ground Based Air Defence (GBAD), will help shape common requirements to satisfy operational needs and the perspective of new budgetary instruments focused on cutting-edge and disruptive technologies. The NATO Innovation Fund and DIANA, for example, are promising opportunities for an innovation-driven company like MBDA.

Didier Gondallier de Tugny will head the MBDA Brussels Office for the Group. 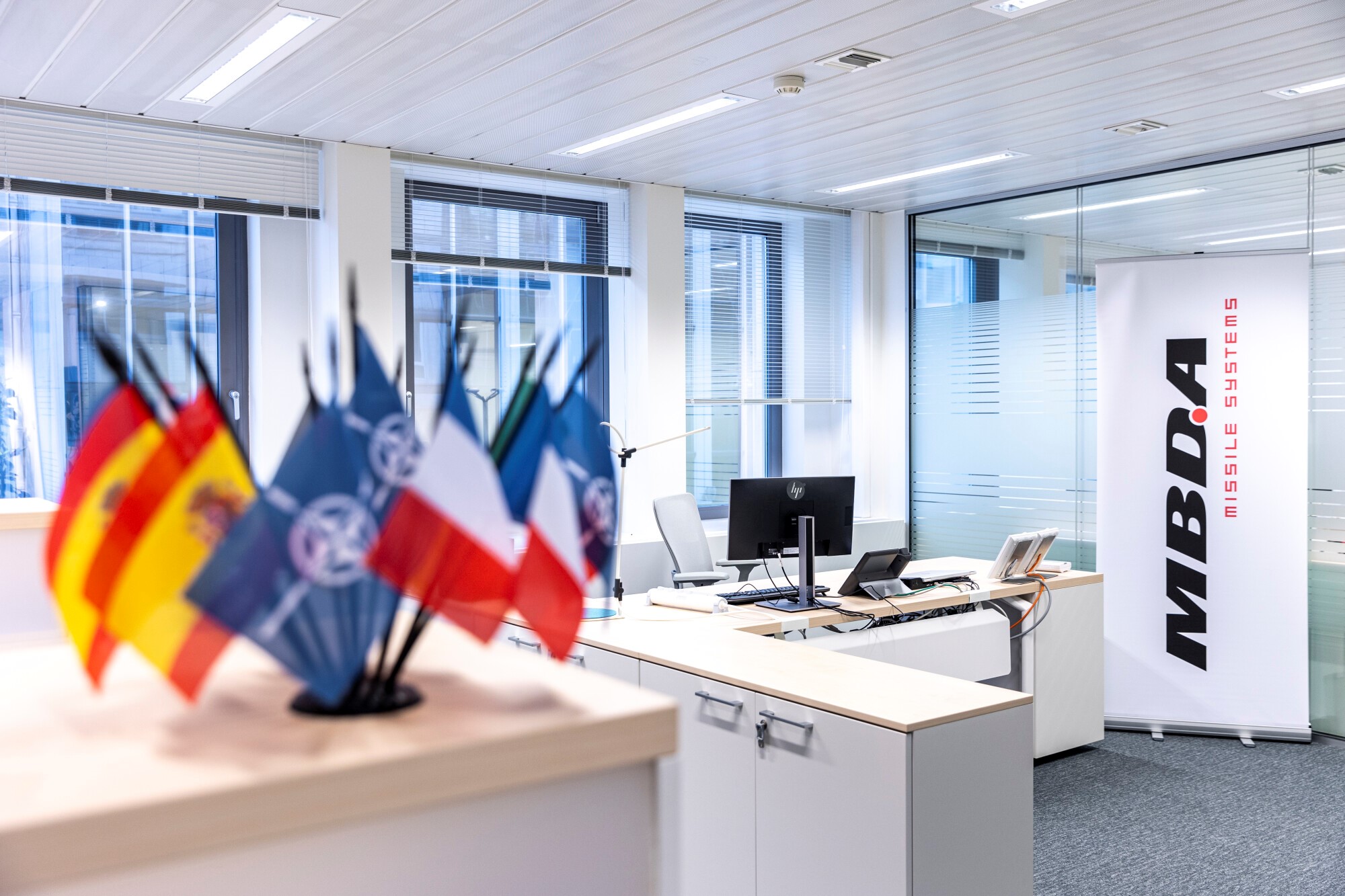 MBDA is strengthening its permanent presence in Brussels. (Photo: MBDA)