Order Over Half Completed

MBDA delivered a batch of its Missile Moyenne Portée (MMP) to France’s Service Interarmées des Munitions (SIMu) on 16 November that included the 1000th weapon – of a planned total of 1,950.

The anti-tank weapon has been in use with the French armed forces since 2017 and is also on order by Belgium and Sweden. The missile has “been successfully engaged in combat on several occasions,” according to the company. An air-to-ground variant is under development for the TIGER attack helicopter, and is also being considered as a candidate for the EURODRONE medium-altitude, long-endurance UAV programme.

The manufacturer promotes both the missile’s “fire-and-forget” functionality, which allows the operator to move to a different task as soon as the weapon has been deployed, even for targets at beyond visible range, and the inclusion of a “man-in-the-loop” capability, intended to limit the potential for causing accidental death and destruction to non-combatants or other unintended targets. The weapon uses a dual-band infrared seeker and is capable of tracking both hot and cold targets autonomously, with a fibre-optic link allowing the operator to see imagery from the seeker at the firing post. The tandem charge warhead is considered effective on everything from field fortifications to tanks with reactive armour. 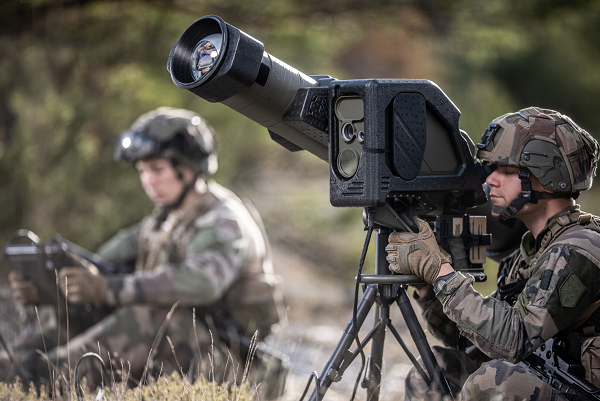 The MMP is available in a man-portable version (Photo: MBDA)