MONS takes a tour onboard the JS Takanami Japanese destroyer

During MAST Asia, MONS took the opportunity to take a tour on board the Japan Maritime Self-Defence Forces (JMSDF) destroyer, the JS Takanami. Takanami means ‘tidal wave’, and is a name that follows a long tradition started by the Imperial Navy to name its ships according to weather, marine weather, mountains, rivers and old prefectures.

JS Takanami was commissioned in MArch 2003 and is the first ship of the ‘Takanami’ class multi-purpose destroyer. It can carry two SH60-K Mitsubishi anti-submarine helicopters, although officers onboard indicated that it normally carries only one. The ship is armed with a 20mm close-in weapon system, the type 90 ship-to-ship missile, developed by Mitsubishi Heavy Industries (MHI), a 127mm rapid firing gun and an Mk41 vertical launching system as well as torpedo tubes.
The ships is also equipped with a towed array sonar system and a bow sonar.

There are currently ‘Takanami’ class destroyers in service with the JMSDF, all built by Mitsubishi Heavy Industries (MHI), and IHI corporation. 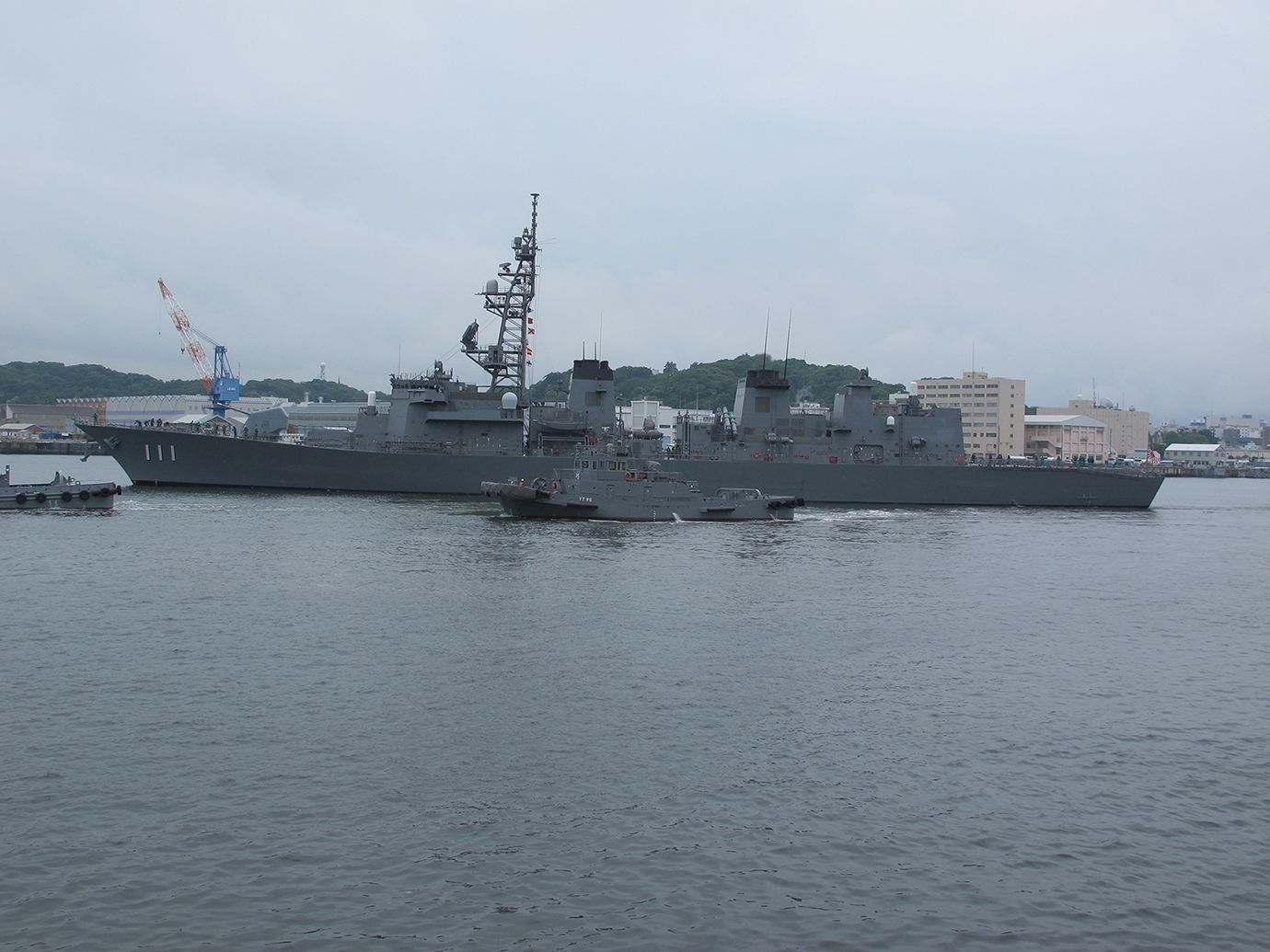