A key milestone in the anti-ship missile’s validation process, the successful test – using a production-standard missile – provided manufacturer and operator with increased confidence in system performance and reliability. The ground-based launcher was used in its final hardware and software configuration.

The test included use of the mission-planning software to conduct a long-range, sea-skimming flight, with three principal turns and a pop-up/dive manoeuvre then conducting an anti-Close-In Weapon System manoeuvre before hitting the target just above the waterline at high transonic speed. This confirmed the effectiveness of MARTE ER’s terminal guidance with its new solid state RF Seeker. The test also demonstrated he excellent behaviour of the missile’s turbojet engine, both in ‘flight start time’ and thrust level. 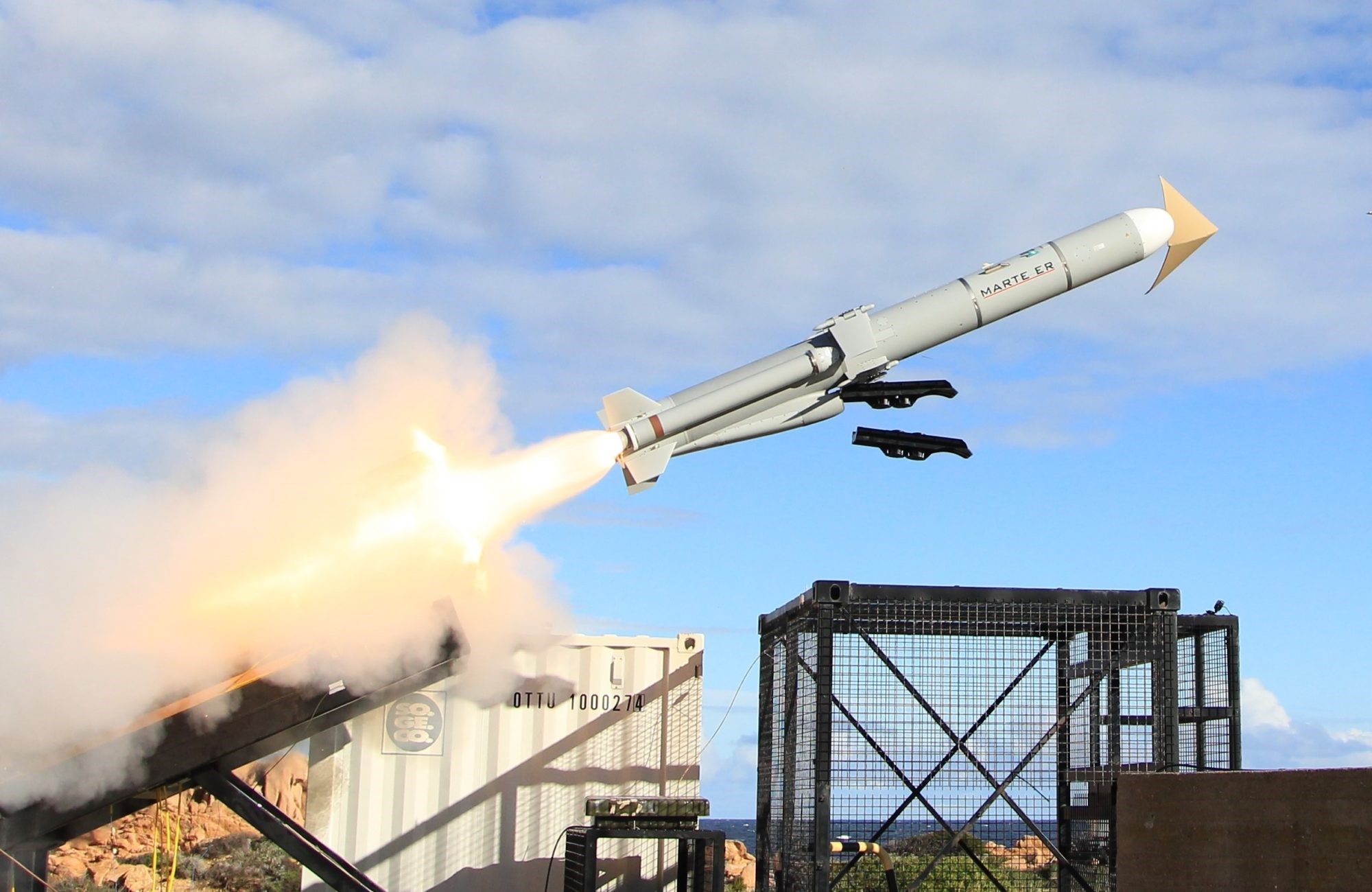 This firing was the last one in the development path of MARTE ER, which will enter into operation early next year. (Photo: MBDA)