The companies marked the milestone with an event at Marshall’s Cambridge facility, attended by representatives of Boeing and the  Royal Air Force, which operates the type as the Poseidon. More than 140 P-8s have so far been delivered to customers worldwide.

Marshall’s involvement in the programme dates back to the mid-2000s. The company designed the lightweight auxiliary tank, using proprietary honeycomb technology. It has been designing and producing auxiliary tanks since 1982, which are currently in use on 10 aircraft types built by five OEMs in both military and civilian applications. The company claims its auxiliary tanks have been used in flights totalling almost one billion miles.

“Since starting our design and manufacture in 2006, we have established an efficient assembly capability and high-quality international supply chain with a 100% on-time delivery record. This milestone demonstrates our ability to provide a market-leading lightweight fuel system solution and integrate it with consistently high quality,” commented Managing Director, Neil McManus. 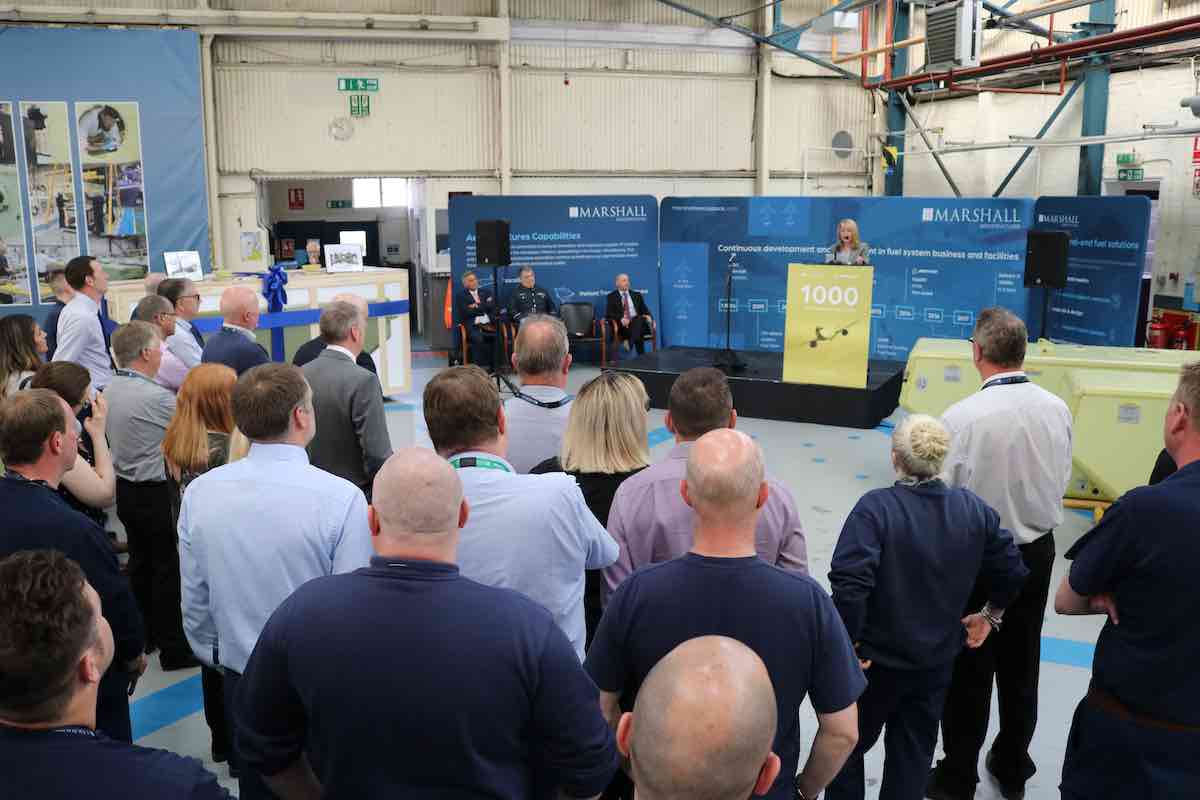 The milestone was celebrated with an event at Marshall's Cambridge headquarters. (Marshall Aerospace)