The Royal Malaysian Navy (RMN) received the fourth and final Keris class Littoral Mission Ship (LMS) ordered from China. Named Rencong, the 68.8m vessel was handed over at Wuchang Shipbuilding Industry Group in Qidong, Nantong City on 18 December, and is expected to enter service in the coming weeks.

Launched in December 2020, the LMS will be part of the 11th LMS Squadron, which is home-ported at the Sepanggar naval base in Borneo. There, she will join the RMN’s three other LMS: first-of-class KD Keris, commissioned in January, KD Sundang, which entered service in March, and KD Badik, which was inducted in October.

The Keris class vessels were acquired under a contract signed in 2017 between Malaysia’s Boustead Naval Shipyard (BNS) and China Shipbuilding & Offshore International Co Ltd (CSOC). BNS was originally set to construct two of these vessels in Malaysia with assistance from CSOC. However, the contract value was reduced and construction of all four ships was moved to China under a 2019 revision made by the Malaysian government.

The LMS acquisition is part of the RMN’s ‘15-to-5 Fleet Transformation Programme,’ intended to reduce the number of platform types in coming years from the current 15 to five in a bid to increase efficiency, boost platform readiness, reduce operational and maintenance costs, and establish more commonality across the fleet.

Designed to carry out a variety of tasks off East Malaysia, including counter-terrorism, anti-piracy, intelligence-gathering, reconnaissance, hydrography and mine countermeasures, the LMS are Malaysia’s first major acquisition of Chinese-made military platforms.

With a beam of 9m and a standard displacement of about 700t, the vessels are armed with a CS/AN3 30mm naval gun and two 12.7mm machineguns, and can reach a top speed of 22 knots.  They are modular in design and can be fitted with additional weapons and systems to meet future operational requirements.

In November 2020 the RMN issued requests for proposals to various shipyards for its planned acquisition of a second batch of LMS. These ships are meant to not only be bigger but also better-armed than those of the first batch. 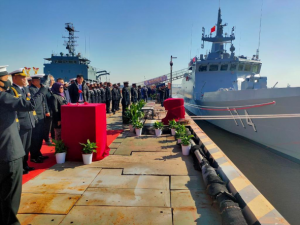 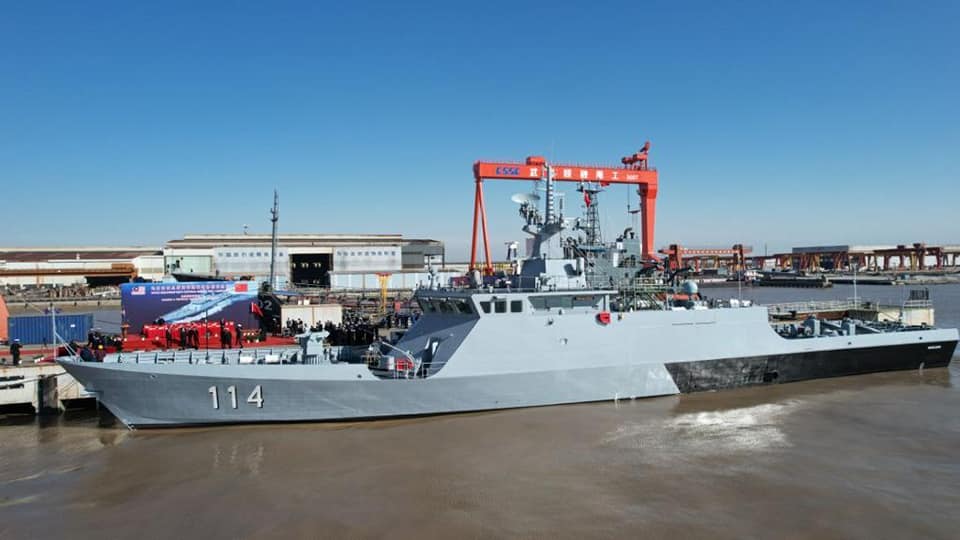 KD Rencong, the fourth and final Keris class LMS ordered from China in 2017, was delivered on 18 December. (Photos: RMN)