The two-week test comes on the heels of a $5.3 million (€4.4 million) contract from US Naval Air Systems Command for development of further WAMI sensors for USN and USMC use. “Our ongoing effort to develop an ultra-light WAMI capability for the BLACKJACK and other small, tactical unmanned aircraft is clearly paying off,” commented Doug Rombough, VP for Business Development.

Logos has created a military version of its BlackKite, currently called Cardcounter, an ultra-light (26lbs) infrared WAMI system. Small and low in weight, BlackKite can detect and track in real time every significant target moving within a city-sized area, giving tactical operators a powerful, hitherto unavailable capability. In addition, thanks to the system’s multi-modal edge processor, which can store six or more hours of mission data, users on the ground can also access recorded imagery for on-the-fly forensic analysis.

“No military in the world has anything like the Logos WAMI sensor on their tactical unmanned aircraft,” said Rombough. “This WAMI system views and records the entire area and can stream multiple real-time and recorded video ‘chip-outs’ down to handheld devices.” Logos was first tasked with converting its BlackKite system to meet government requirements in September 2019, with two units produced for the customer. The follow-on $5.3 million development contract and March test flight are part of the same effort.  “In total, we will be producing four modular WAMI systems for the Navy, with the hope that this will open the door for a wider US military adoption of WAMI, both for the BLACKJACK and other Group 3 unmanned aircraft,” Rombough added. 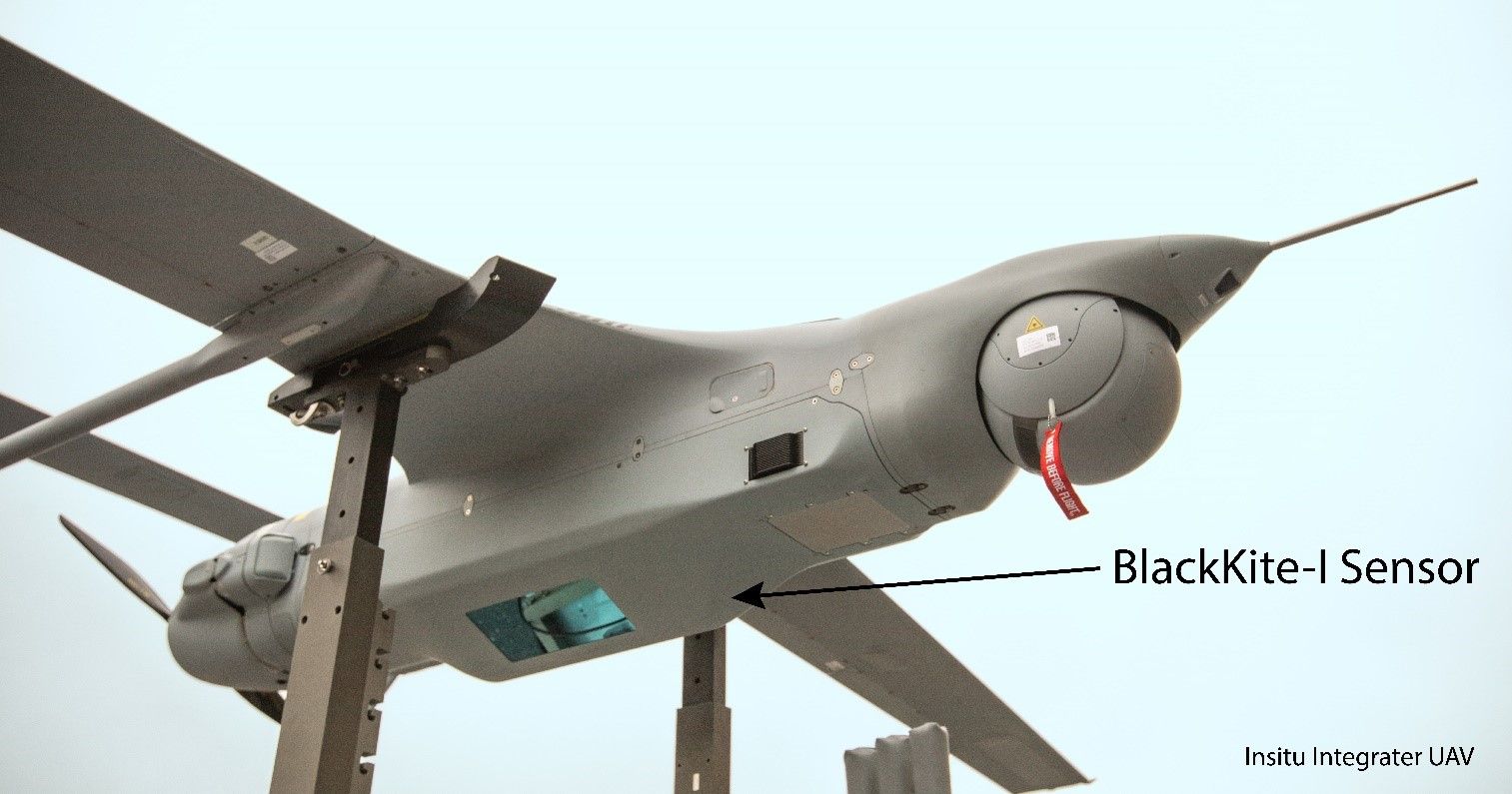