The impact of the contract on the Canadian defence industry will see MBDA investing significantly in R&D in Canada across a broad range of disciplines, including AI, cyber security and advanced materials. The investment will be spread among small and medium-sized companies and academic institutions, as well as other key industries. CSC further strengthens the relationship between Lockheed Martin Canada and MBDA, which has already seen SEA CEPTOR and CMS330 capabilities provided to the Zealand and Chilean navies.

“SEA CEPTOR delivers next-generation technology that will help protect the men and women of the Royal Canadian Navy as they carry out their missions around the world on-board the advanced new CSC frigates,” commented MBDA CEO, Éric Béranger. 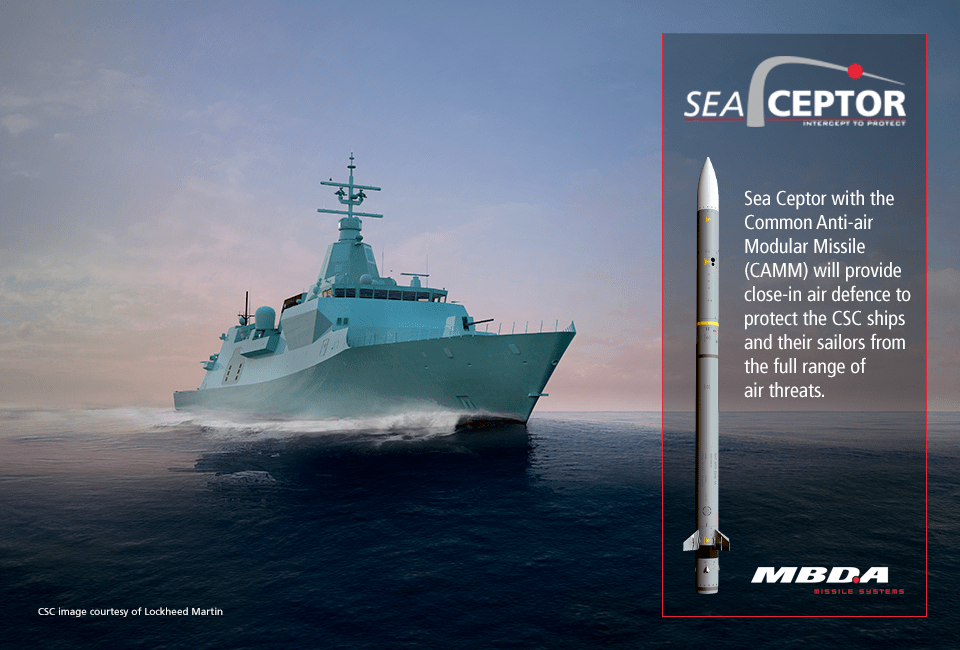