The US Army awarded two contracts in September for Early Operational Capability (EOC) production and Engineering and Manufacturing Development (EMD) advancing the programme to the next phase. Lockheed Martin and the Army are working together to optimise this next-generation system in everything from production to enhanced capabilities. Implementing digital tools such as augmented reality, advanced modelling and simulation, machine learning/data analytics, and software factory to streamline efforts has helped accelerate the development programme. “We are also working closely with our Army partners to develop and integrate future incremental  capabilities,” Hartley added.

The flight is the second of three demonstrations taking place this year as part of the programme’s Enhanced Technology Maturation and Risk Reduction (ETMRR) phase, with the next flight scheduled for the fall as part of the Army’s Project Convergence 21. 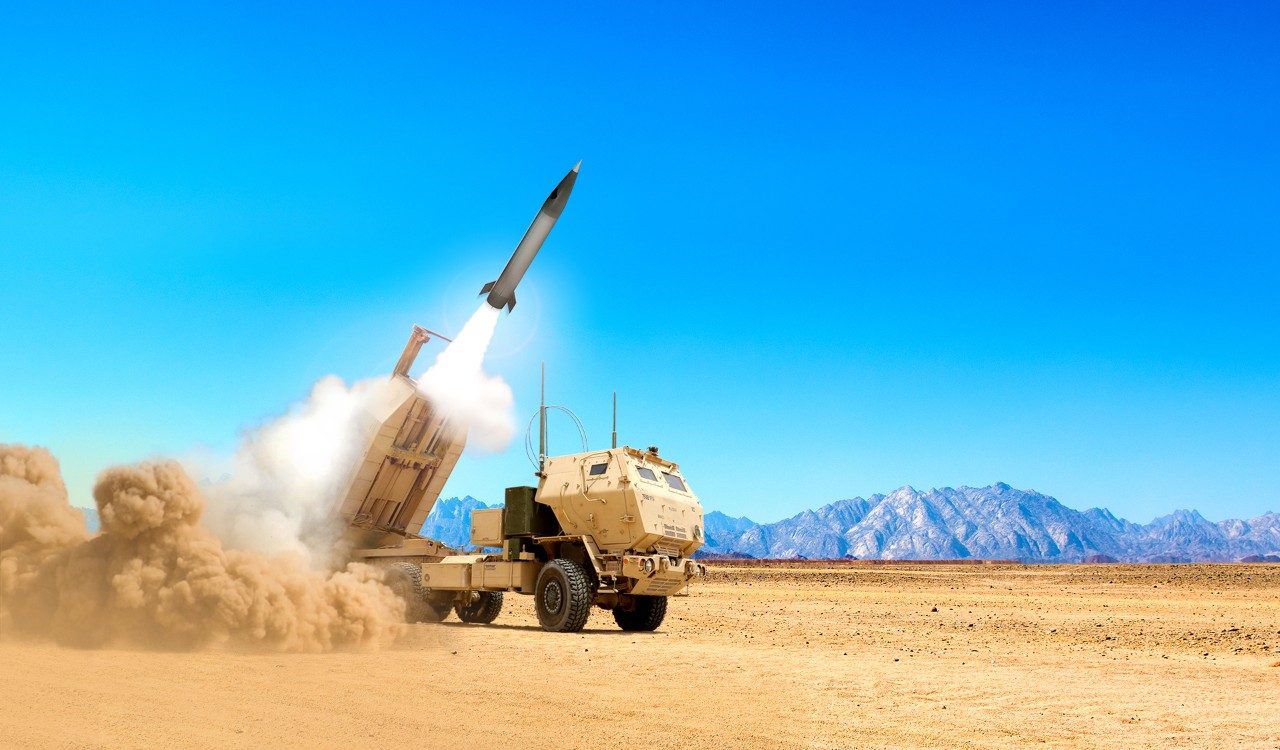 The Precision Strike Missile is progressing steadily towards an early operating capability in 2023. (Photo: Lockheed Martin)