During the software-based demonstration, the SSR conducted the processing required to “detect, track and discriminate ballistic missile threats, and successfully guide interceptors to those threats,” noted the company, while describing the move as a “critical milestone in the development of the SPY-7-equipped Aegis Combat System”. It is also preparing its Moorestown, NJ facilities for live SPY-7 radar integration and test for Japan’s ‘Aegis System-Equipped Vessel (ASEV) programme’.

“Like other radar programmes of this magnitude, this test facility will be used to validate end-item hardware and software performance prior to shipment to Japan, provide early lessons-learned to streamline equipment installation on the ASEV ship platform, and support maintenance and training efforts ahead of system deployment,” the company stated. “The SPY-7 radar brings superior capability to sea or land-based platforms, utilising proven production technology scaled from the Long Range Discrimination Radar, which recently achieved initial fielding in Clear, Alaska”, added Joe DePietro, VP/GM of Naval Combat and Missile Defense Systems. “As new threats emerge, SPY-7 integrated with Aegis will protect Japan and its citizens”.

The announcement comes after the MoD in Tokyo was allocated JPY5.8 billion ($50.2 million) for FY2022/23 to modify the AN/SPY-7(v)1 so that it can operate from Aegis-equipped vessels.

Tokyo decided to cancel the planned deployment of the Aegis Ashore systems in June 2020, citing concerns about where the rocket booster for the interceptor missile could potentially fall. Citizens had expressed concern that the booster might fall onto residential areas. As a result, the government is now aiming to equip two vessels with similar BMD-capable systems. 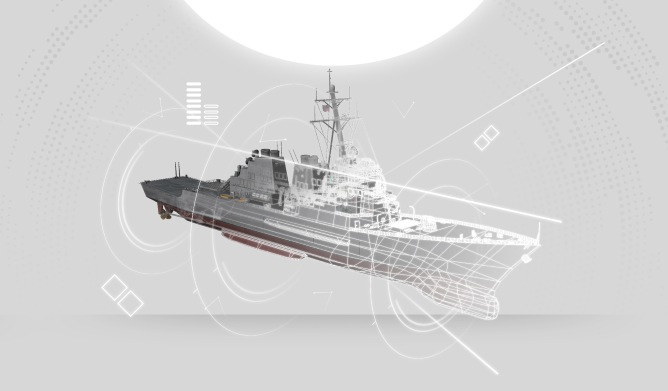 Japan is to receive wo vessels capable of operating the Aegis Weapon System. (Lockheed Martin)