Rafael announced on 7 April that IRON DOME has now achieved over 2,500 combat interceptions in the decade since its first such accomplishment, with a success rate in excess of 90%.

Development of the air defence system began in December 2007, and was completed in under three years. Less than a month after being deployed in Israel, a rocket launched from the Gaza Strip was detected by IRON DOME’s radar on the evening of 7 April 2011. Data transmitted to the Battle Management Centre (BMS) was processed in seconds, and battery operators had to decide on a response to the threat. With precise impact location provided by the BMC, pointing to the city of Ashkelon, home to over 130,000 souls, the crew decided to launch an interceptor, and made combat history by successfully intercepting the threat.

The system’s first dramatic, large-scale performance was during Operation Pillar of Defense in 2012, when it intercepted over 500 separate threats fired from the Gaza Strip at different parts of Israel, including heavy rocket barrages. IRON DOME had become a game-changer, earning it the Israel Security Award in 2012. It has played an instrumental role in every conflict since then, by stopping thousands of rockets from hitting Israel, encompassing mortars large and small, as well as rockets of varying range and warheads.

Designed as a Very Short Range Air Defence (VSHORAD) and counter- rocket, artillery and mortar (C-RAM) system, IRON DOME is also effective against aircraft, helicopters, UAS, precision-guided munitions (PGN) and cruise missiles. It provides robust, yet selective defence. Its ability to discriminate between threats headed towards populated areas and those that will fall into the sea or open fields reduces costs, and limits unnecessary interceptor launches. A single battery can protect a medium-sized city.

IRON DOME development has continued apace, and its capabilities today include wider coverage, providing protection against a broader spectrum of threats, the ability to handle simultaneous threats, very high-volume salvos, and much more.

In August 2019, the Israeli MoD and the US DoD agreed the purchase of two IRON DOME batteries for the US Army, both of which have now been delivered. In May 2020, Rafael and Raytheon Technologies signed a joint venture, to be called Raytheon Rafael Area Protection Systems (R2S), to produce IRON DOME interceptors and launchers in an all-up-round facility in the US.

Rafael has developed additional variants of the system, to form a family that consists of the naval variant C-DOME, providing protection for strategic naval and land assets against advanced ballistic, aerial and surface-to surface threats, including saturation attacks. C-DOME is operational with the Israeli Navy. IRON DOME is also offered as an integrated, all-in-one air defence system (I-DOME), mounted on a single vehicle, for tactical manoeuvre forces.

“IRON DOMEe is a household name in Israel, and has become synonymous with excellence [Thanks to] our teams of scientists and engineers, who developed this extraordinary system and are continuing to do so on a daily basis […] IRON DOME’s capabilities are light years beyond its original design. We have seen it turn from a blueprint into a true game-changer, saving lives, preventing escalation, enabling military and political decision-makers to make calm and collected decisions,” stated Rafael President and CEO, Yoav Har-Even. 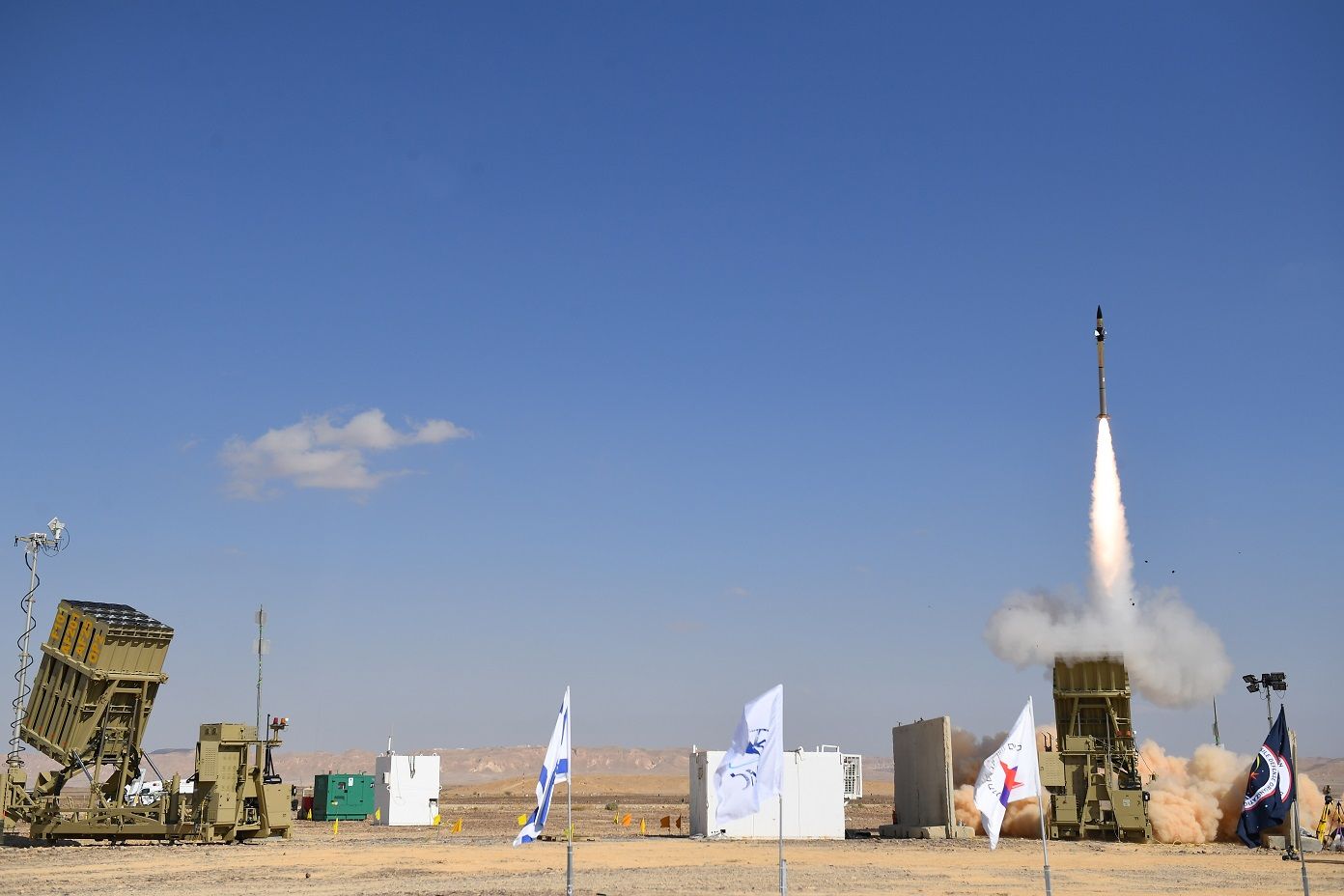