The relationship between Liebherr-Aerospace Brasil and Embraer dates back decades, but the former supplier is constantly updating and enhancing its services to the airframer. Most recently, this process has resulted in Liebherr being included on Embraer’s approved suppliers list for component mechanical assembly and bright shot peening (sandblasting).

The approvals extend to Embraer’s supply chain, meaning Liebherr can provide these services to Embraer’s sub-contractors. Assembly processes at this standard generally include cryogenic assembly (using furnaces and liquid nitrogen), with hand press use, sealant application and bushing reaming, using customised tooling. The sandblasting process, usually done by launching thousands of micro-particles at the piece, leaves it ready to receive paint and other finishes. In addition, it improves fatigue resistance.

“Two components were used for the approval process. But we are not limited to that, as the approval covers the process. So from now on, we can offer and produce parts with bushing assemblies and other mechanical assembly components”, explained Patricia Lima, Sales Supervisor at Liebherr-Aerospace Brasil.

Liebherr-Aerospace Brasil, based in Guaratinguetá (near São Paulo) specialises in machining, surface treatment, assembling and supplying products not only to Embraer, but also to other international customers. 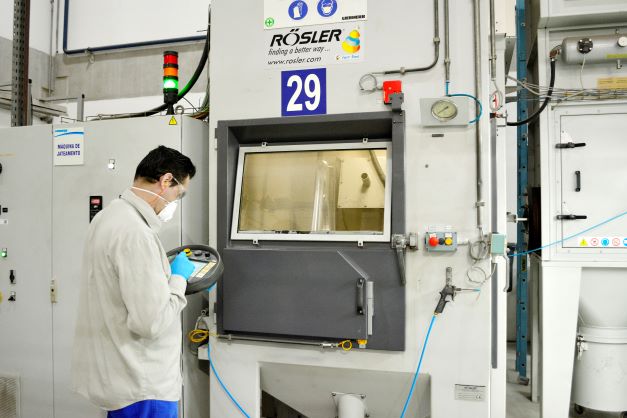