Development of a new soldier exoskeleton system finished its first stage with the completion of a study by Deakin University and Lockheed Martin.

Displayed at Land Forces Asia, the FORTIS exoskeleton is the culmination of a 12-month study into the human-biomechanical interaction, the distribution of weight loads and the use of rapid prototyping, virtual prototyping and virtual testing.

A spokesperson for Lockheed Martin told MONCh that the testing before building the system was essential to see if the combined human and exoskeleton solution would behave as predicted and had the ability to support heavy loads using a mechanical arm.

According to Deakin University the exoskeleton can increase productivity from anywhere between two to 27 times. FORTIS is not a powered system but uses joints at the hip, knees and ankles and has a series of counterweights at the back to take the weight of the hips.

The spokesperson said that this has effect of the user feeling virtually no weight. The development of FORTIS had taken is cue from the earlier effort with a system called HULK, which was the first system to demonstrate how to transfer weight to the ground to allow heavier loads in backpacks.

He said that the FORTIS test bed had allowed the development of exoskeletons to advance faster because whereas Lockheed Martin was at relatively low technology readiness levels a better understanding of the exoskeleton/biomechanical effects through working with Deakin University has given them the potential to continue to the next generation.

But the spokesperson said that one of the key advances has been in software. Where HULK was slow to react to movements by the body, he said that now the delay in following is down to milliseconds in a new powered system called ONYX which is being developed in tandem with FORTIS.

Lockheed Martin provided Deakin University with funds to the tune of thousands of dollars and existing data and assisted with whatever help they needed. With the conclusion of the study the university will produce reports on the configuration and design options and how to improve durability.

The spokesperson said that the next step is to see more applications across the civil and military spectrum including in industries such as shipbuilding and mining. It is likely that an exoskeleton system will be used first in a commercial environment to be properly matured before use in the military.

The ONYX system is being developed with this in mind and information is being shared between it and FORTIS. 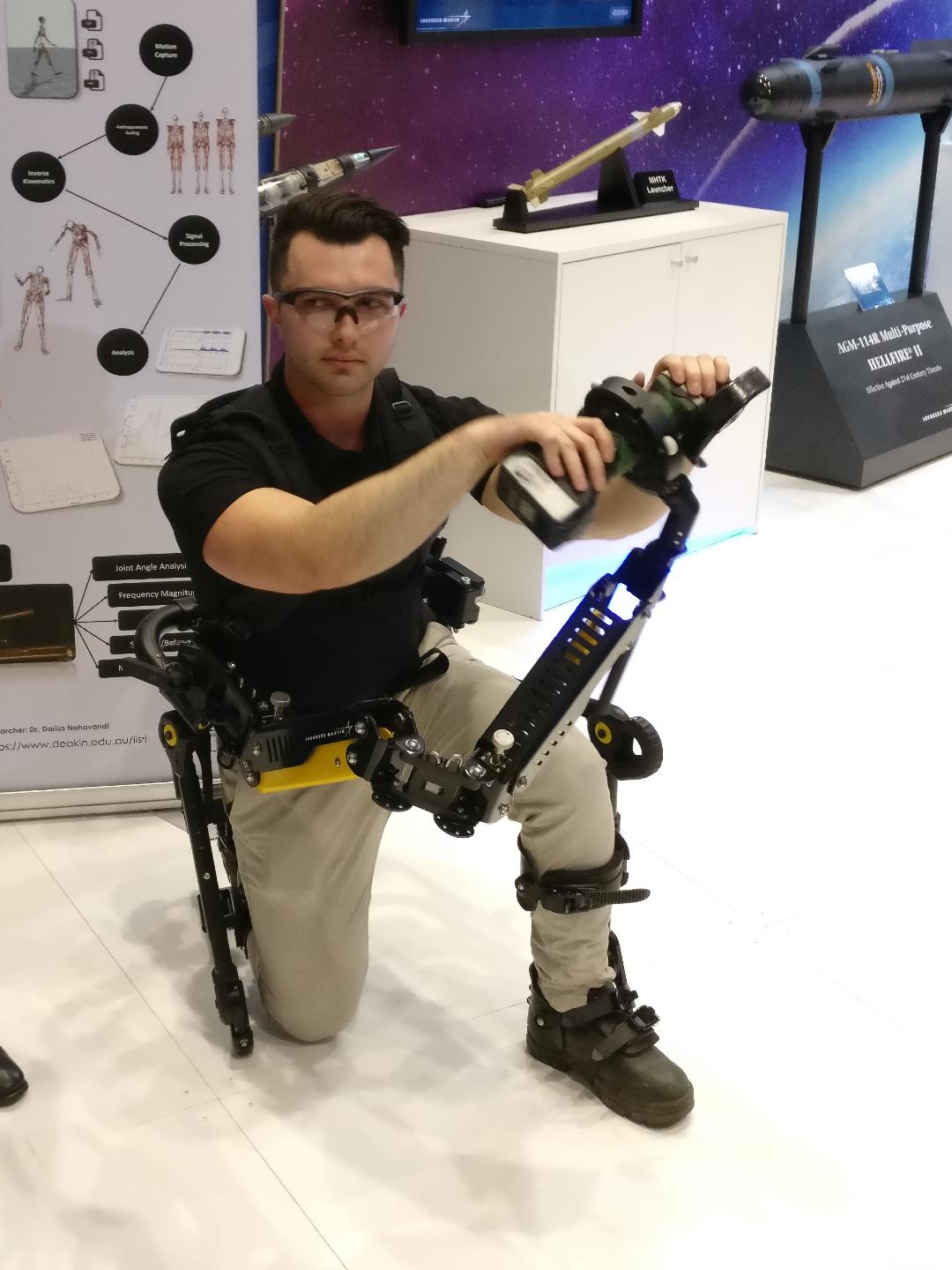