The company built the new system as part of a contracted Risk Mitigation Activity (RMA) to provide the radar for Australia’s new NASAMS air defence system being procured under project Land 19 Phase 7b.

NASAMS from Raytheon and Kongsberg is replacing the existing RBS70 system from Saab and will form the short-medium range air defence capability. Australia has a series of options to choose from that could increase the Australian industrial content and one such option is to use CEATAC.

The version on display at Land Forces Asia is fitted to the back of a HAWKEI 4×4 vehicle from Thales Australia.

A spokesperson from CEA told MONCh that the CEATAC is a first of type but uses proven materials and components that are used in all its phased array radar products. It is being handed over to the Army for operational trials which are expected to be completed by the end of the year when the design will be refined and manufacture to begin if selected.

CEA is also developing the CEAOPS, a larger operations level medium-long range S-band phased array radar that could be another option for NASAMS. The spokesperson said this system will be ready by mid-2019 and uses a tile architecture so it can upscale its radar with additional tiles depending on customer needs.

The other radar option is a baseline standard NASAMS system that would use Raytheon’s existing MPQ-64F1 Sentinel rotating pencil beam radar. The CEA spokesperson said that CEATAC was a fully digital AESA fixed face phased-array radar that could fit on a small platform and there was nothing similar with this capability on the market.

The decision to select NASAMS for Land 19 Phase 7b was taken in April 2017 under a “smart buyer” policy from Australia’s procurement arm, the CASG, that limited the RFT to Raytheon/Kongsberg. Land 19 Phase 7b is slated at A$2 billion and since October 2017 along with CEA it has also been contracted to undertake RMAs for A$12.1 million.

For Raytheon and Kongsberg this looked at the integration of a new CEA radar; integration of the system on the HAWKEI and BUSHMASTER 4×4 protected mobility vehicles; investigating the addition of an interceptor munition for a counter rockets, artillery and missiles (C-RAM) role; communications capability to allow for the required data exchange from the sensors to the NASAMS; and addition of an EO/IR sensor.

The RMAs were completed in September and Raytheon is looking to increase the volume of Australian content in the programme by using local components, test and assembly facilities and for through-life support of the system. The project is between the Gate 1 and Gate 2 stage of the procurement process and a decision from CASG is not expected for another 12 months.

An initial operating capability is expected in mid-2023 with a full operational capability slated for 2025-26. Meanwhile CEAOPS could be used for the next level of Australia’s air defence being considered under Project Air 6500 phase 2 that is seeking a ground-based medium range air defence system. 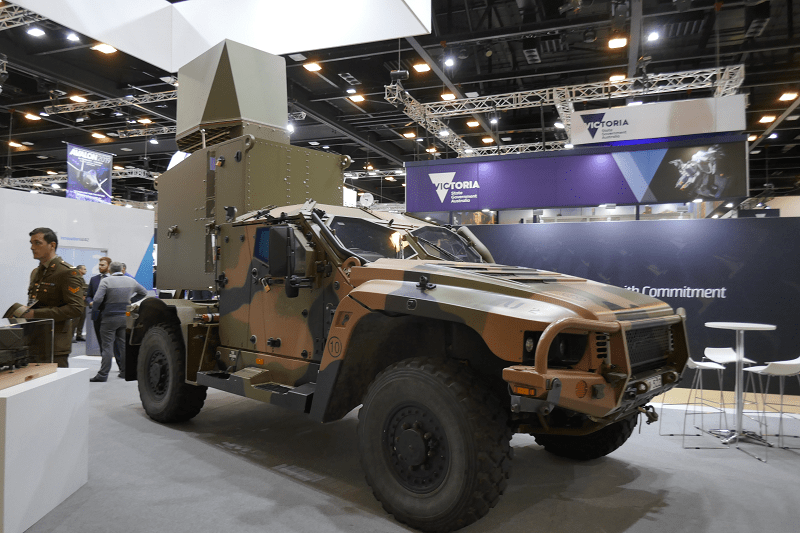