Leonardo’s presence in the maritime domain includes a comprehensive offer of unmanned assets for surveillance missions.

During the Euronaval exhibition, the company showcased the innovative AWHero Rotary Unmanned Air System (R-UAS). With a MTOW of 205kg (452lb) and a payload of 85kg (187) that can ben nose, underbelly or side mounted, the AWHero can be equipped with the Gabbiano TS Ultra-Light (UL) Ultralight surveillance radar, a 10” EO/IR turret and heavier payloads in two side bays. As stressed by the company, the AWHero will be at the core of the upcoming OCEAN 2020 demonstrations, the European Defence Fund’s strategic research programme led by Leonardo to develop and test new concepts and technologies for naval surveillance and maritime safety. Leonardo is leading a team of 42 partners from 15 European countries to deliver this critical research into the maritime technologies of the future.

Meanwhile, on October 24, Leonardo communicated that its Falco EVO Remotely-Piloted Air System (RPAS) in Bulgaria. The flight campaign was to validate a package of upgrades that extends the endurance and operational range of the platform for overland and maritime missions. This includes a Beyond-Line-Of-Sight (BLOS) satellite data-link system and a new propulsion system based on a heavy-fuel engine. As well as extending the flight envelope of the Falco EVO, the new engine was also proven to generate more electricity on-board the platform, granting access to more power-intensive ISR sensors required for complex missions.

Further trials are planned that will see the Falco EVO flying equipped with Leonardo’s new Gabbiano TS Ultra-Light (UL) surveillance radar combined with a high-definition InfraRed (IR) electro-optical system, Automatic Identification System, and a comms relay suite. The Falco EVO has already been delivered to its launch customer in the Middle East region, while the original Falco RPAS has been chosen by five customers. The Falco EVO is currently engaged in a selection process for a prestigious international client and will shortly be deployed in the Mediterranean for a European surveillance programme. 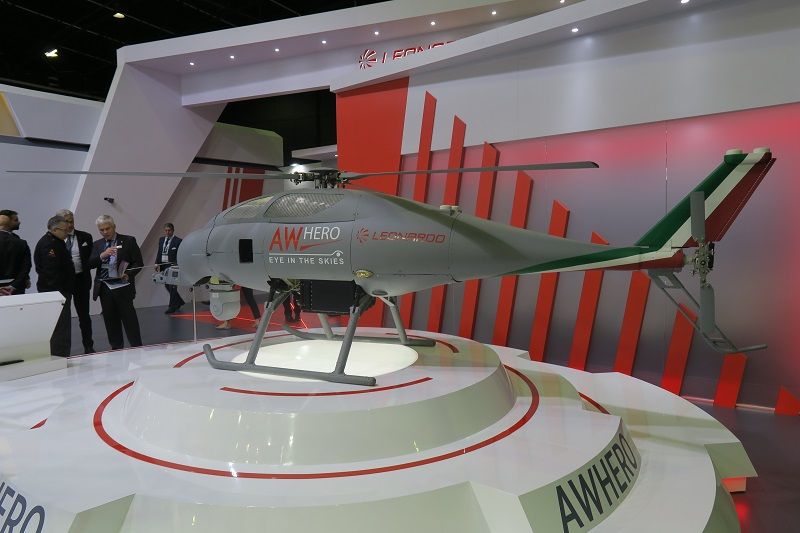