Leonardo has won a contract from the European Union to provide cyber-security services for five years to the agency which handles large-scale information-technology projects critical to the bloc’s internal security.

The European Union Agency for the Operational Management of Large-Scale IT Systems in the Area of Freedom, Security and Justice – known as eu-LISA – began operating in 2012. It exists to ensure the uninterrupted operation of all large-scale IT systems involved in the management of border-security issues including migration and asylum. It also manages SIS II, the current (second) generation of the Schengen Information System, which manages information exchange between different EU nations’ police, customs and border forces relating to people and objects that cross internal borders within the EU. The organisation also plays a significant role in training and policy development.

The agency has four offices: a headquarters in Tallinn, Estonia; an operations centre in Strasbourg, France; a technical back-up facility in Pongau, Austria; and a liaison office in Brussels, Belgium. The contract with Leonardo – and their partner, the CRI Group – covers all four sites for five years and requires the firms to monitor and manage cyber security operations on the agency’s corporate IT infrastructure. The task will include perimeter defence, end-point protection management, public key infrastructure security to protect sensitive data, and ongoing technology updates. Monitoring will be delivered from Leonardo’s Global Security Operation Centre. The deal builds on a contractual relationship Leonardo has had with eu-LISA since 2019, when the company was hired to provide security for the EU-wide Entry/Exit System, which handles data related to non-EU citizens crossing the union’s external borders.

“We are very proud to have been chosen to deliver this important contract, a decision which reinforces Leonardo’s role as a trusted industry partner when it comes to securing strategic European assets,” Tommaso Profeta, MD of Leonardo’s cyber and security solutions division, said in a media release. “Our expertise comes from the daily cyber protection of our technological know-how and over 100,000 critical infrastructure users around the world. Thanks to this, Leonardo is at the service of institutions and companies in the secure digital transformation of processes, targeting continuous innovation in compliance with European directives.” 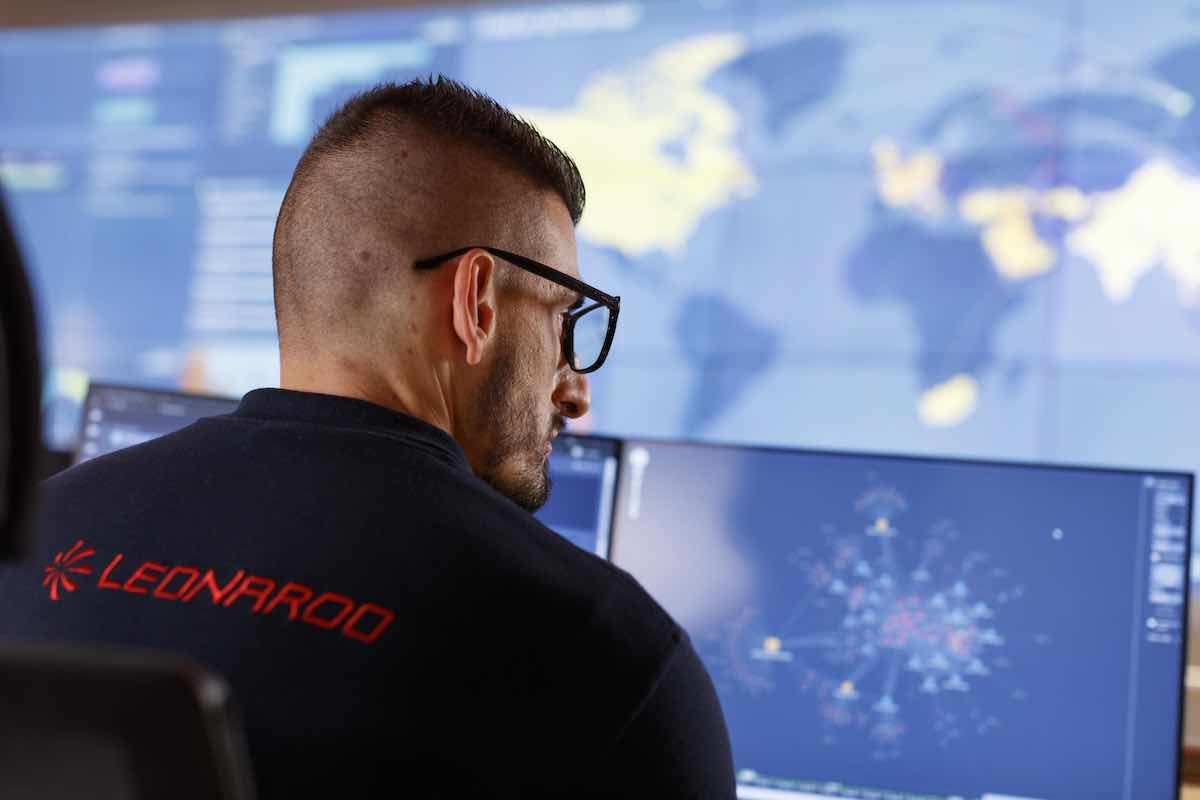 Leonardo is one of many defence contractors whose cyber-security services are used in civilian applications. (Leonardo)