Team Endure, a consortium led by Leonardo, has been awarded a £40 million ($48 million) contract by the British MoD to supply digital protection against remote-controlled bombs.

The technology is to be used by Army specialists when called on by police or other civil authorities to respond to emergencies in and around the UK. It works by scanning for control signals and jamming them. The systems include vehicle-mounted and portable hardware, and deliveries will commence in the autumn of 2024, ahead of deployment with the Royal Logistic Corps’ 11 EOD and Search Regiment in 2025.

Leonardo is systems integrator. The consortium additionally comprises the UK-based SMEs CommsAudit, Emla Electronic, Kirintec and Waymont Consulting, as well as Marshall Land Systems and training firm EWS. The contract includes the first two years of training, with options to extend beyond that. Leonardo says that “around 50%” of the contract value will go to UK SMEs.

The contract is set to be the first fielded which derives from the defence ministry’s Land Cyber and ElectroMagnetic Architecture initiative. This approach will underpin all future electronic countermeasure programmes within the British military and follows established policy in leveraging open systems architectures. This will ensure a minimum of technical difficulty when integrating new or third-party subsystems, and in integrating the equipment onto platforms or within extant networks. 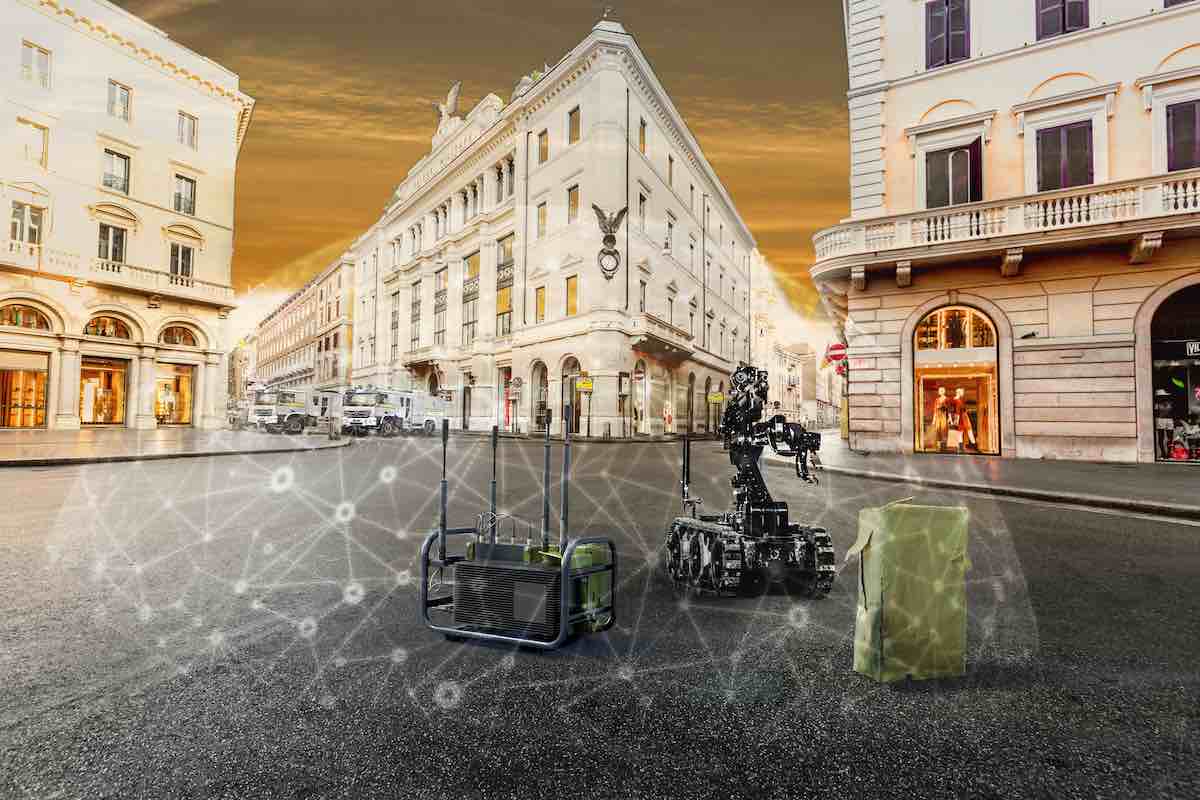 The digital systems will ensure operators attempting to disarm bombs in domestic situations will be protected against remote detonation. (Leonardo)