Leonardo has placed the latest in a series of contracts with 2Excel to commence the next stage of the TEMPEST flight test aircraft (FTA) programme, which will see the partners completely overhaul a commercial airliner, turning it into a flying laboratory for combat air technology.

Scientists and engineers will test futuristic sensors and communications onboard for the Future Combat Air System (FCAS) that the UK and its international partners are developing to enter service in 2035. The EXCALIBUR FTA is being modified to supplement the transformational ‘digital-first’ approach the Team Tempest partners are taking with regard to test and evaluation of TEMPEST’s next-generation electronics. EXCALIBUR will provide the real-world environment necessary for the latter stages of development of the complex, integrated sensors, non-kinetic effects and communications Leonardo is developing. It will be available to the international partners to de-risk technology being developed for FCAS, and could also be used to complement the development of unmanned technology, including acting as a control hub for unmanned platforms undergoing test.

This latest contract builds on two years of work by Leonardo and 2Excel on the FTA concept and design phase, which saw the partners evaluate the suitability of a commercial airliner as a testbed, and digitally model some of the proposed modifications, including significant changes to the nose section. The new contract covers preparatory work on the real aircraft procured by 2Excel and will allow development work to continue at-pace.

Leonardo, a founding member of Team Tempest, is the lead for integrated sensing and non-kinetic effects as well as its integrated communication system. The company has successfully worked with 2Excel for many years, employing the aviation specialist’s philosophy of ‘doing difficult things well’ to test-fly advanced electronics, such as radar and EW equipment. That close working relationship has allowed the companies to progress FTA in line with the more agile, transformational approach of the broader programme, which aims to cut by half the cost and time needed to build a combat aircraft.

In addition to its primary role, acting as a testbed for equipment and significantly de-risking the programme, EXCALIBUR is also expected to see use under other UK and international flight test programmes. 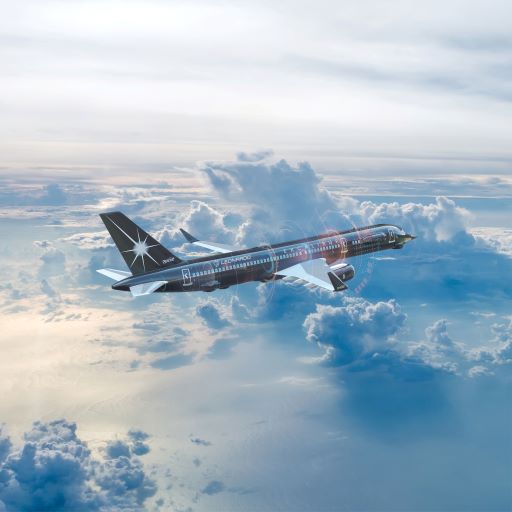 Using a converted airliner as a test-bed enables the maximum utility to be made in the test and evaluation of potential systems for FCAS/TEMPEST. (Image via Leonardo)