Robotics, AI and Supercomputing at Heart of Effort

Leonardo and the Istituto Italiano di Tecnologia (Italian Institute of Technology – IIT) have launched three joint research laboratories in Genoa, funded to the tune of €1 million per annum for the next three years, to develop new robotic, artificial intelligence (AI) and supercomputing solutions – all vital capabilities for the space and emergency sectors.

The agreement provides for employing some 30 researchers across all three areas. The labs will form a national (and potentially international) reference point for developing digitisation of industrial processes and technologies, and will enable better exploration of the potential of digital design and virtual environments. Robotics, monitoring, control and predictivity are the most advanced frontiers of digitisation on which they will focus. Digital design saves 80% of time in the development phase, reduces costs and can decrease consumption by up to 25%.

High-performance computing (HPC or supercomputing), a key component of digitisation, forms the basis of Leonardo’s concept for integrated innovation. Boosting the entire HPC community in Italy and beyond, one of the labs will focus on exploiting the possibilities derived from Leonardo’s DAVINCI-1 and ITT’s FRNKLIN supercomputers. The lab will greatly increase technological capabilities in HPC and will open the way for quantum computing. New numerical models and new calculation codes will be developed, to increase technological independence and to implement ad hoc proprietary applications, for example in fluid dynamics calculations of the profiles of aircraft wings. The modelling of very complex physical phenomena, like turbulence flow around airfoils, requires enormous computing power, resulting in greatly accelerated design and testing processes.

Over the medium term, new algorithms for green computing, alongside the adoption of an eco-sustainable approach, aimed at reducing energy consumption and the impact on the environment of the entire sector, will be developed. The European goal is to have the entire cloud and data centre industry carbon neutral by 2030: currently, 5% of the world’s energy is consumed in data centres, a number constantly increasing. Achieving carbon neutrality will be hugely assisted by optimising numerical calculation codes.

The HPC lab will therefore study additional green systems that can be applied to supercomputing, including automatic shutdown of unused circuits, alternative energy sources or highly efficient cooling systems, allowing energy savings of up to 30%.

Integrating robotic systems and AI represents a further area of collaboration. With the adoption of hybrid solutions for interaction between humans and robots, industrial production areas can be digitised, with safer environments, programmed and predictive management of logistics, better quality production and products, and enhanced after-sales. Multi-robot teams will also be studied for independent lifting, navigation and storage tasks, as well as remote control and operation technologies.

The development of robotic technologies to be used in unstructured environments will also be studied. Such applications mainly concern space – the use of robotic systems on planets and satellites where instruments are subject to radiation, marked temperature variations and particularly difficult mobility conditions – and emergency situations in the event of natural disasters. 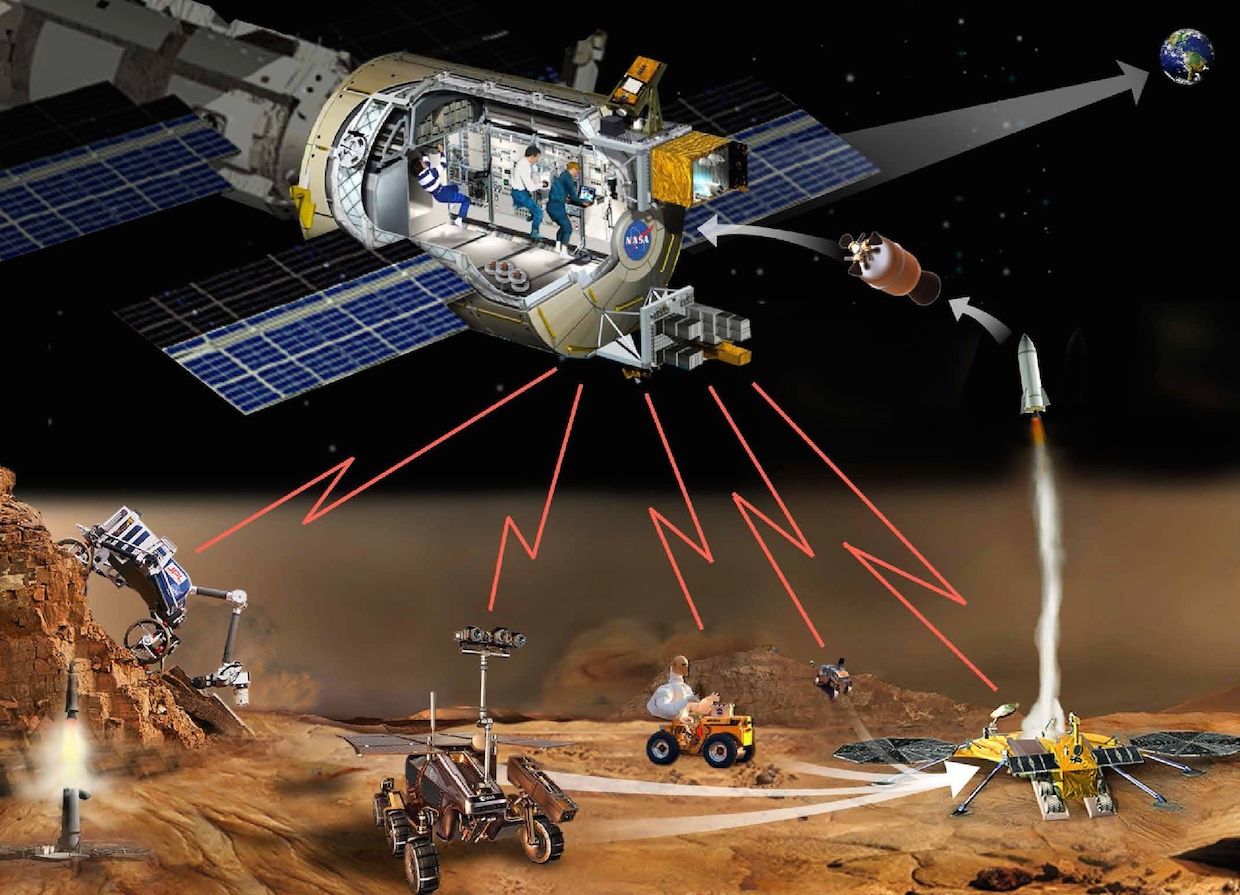 The increasing use of robotics in space is driving significant investment in further fiuture-oriented R&D. (Image via IEEE)
