Deliveries will start in mid-2018 and continue until 2022. Jenoptik´s Electric Gun Turret Drive Systems GTdrive are for the most part maintenance-free and generate less waste heat in the tank interior, aligning turret and weapon of the MBT and giving it stability while driving. With state-of-the-art electrical gun turret drives, Jenoptik is the global partner for the upgrade of the LEOPARD 2, having also received orders in recent years for the modernisation and new production programmes of the MBT. Jenoptik is working closely with national and international system providers on the basis of long-term partnerships.

According to news reports, the Bundeswehr will receive 100 LEOPARD MBTs that are being modernised for €22 million. All in all 328 MBTs are to be procured with 320 to be opertional and eight for demonstration purposes, according to the German Defence Ministry.

In earlier news reports, it was reported that Rheinmetall is to perform work on the programme to upgrade 104 LEOPARD 2 MBTs. Coupled with additional services, the modernisation package is worth $138 million. The upgrades will be executed on a total of 68 LEOPARD 2A4, 16 LEOPARD 2A6 and 20 LEOPARD 2A7 MBTs, bringing them up to the A7V standard. If this is where Jenoptik’s GTdrive will be included has not been disclosed.

Rheinmetall will also supply the new L55A1 gun for the 68 LEOPARD 2A4 MBTs enabling them to fire the latest generation of armour-piercing ammunition in the upper-pressure zone. The first serially retrofitted Leopard 2 A7V tanks will reach the Bundeswehr starting in 2020. 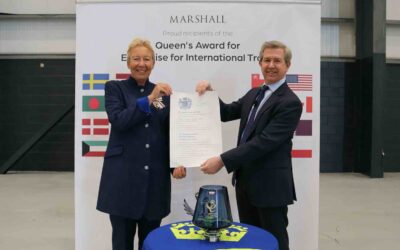