ThinKom Solutions has delivered its THINAIR Ka2517 phased-array antenna to Leidos for installation on board the latter’s Leidos Special Mission Aircraft (LSMA) demonstrator. The aircraft – a modified Bombardier CHALLENGER 650 business jet – is being kitted out as a first-of-a-kind ELINT-gathering platform for the US Army, and is expected to make its first flight next year.

When integrated with a modem compliant with US military standards and systems, the Ka2517 will ensure the LSMA is capable of reliable and resilient broadband communication during flight. The antenna, which relies on an open system architecture, is capable of seamless interoperation with satellites in both geostationary and non-geostationary orbits, ensuring the aircraft will be able to communicate wherever it is over the face of the Earth. It is based on ThinKom’s variable inclination continuous transverse stub (VICTS) phased-array technlogy, which is installed on more than 1,600 commercial aircraft. The Ka2517 has been installed on other US government aircraft for the past three years. 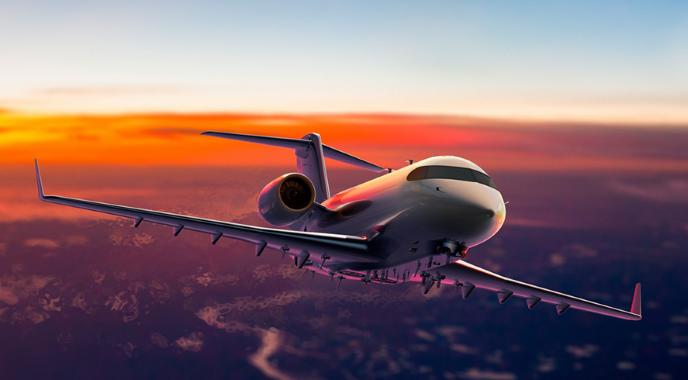 The LSMA is based around a standard CHALLENGER 650 business jet. (Image: Leidos)