The Leidos-led team that includes Paramount USA and Vertex Aerospace was among five teams selected for prototype demonstrations under the Armed Overwatch competition for US Special Operations Command (USSOCOM), the company announced on 11 June.

USSOCOM has awarded a total of $19.3 million (€15.9 million) for prototype demonstration in this final phase of the programme. The Leidos team will advance the BRONCO II aircraft to the Phase II Operational Prototype Demonstration by the end of June. Designed for ultimate mission flexibility, BRONCO II’s unique internal Interchangeable Multi-Mission System Bay (IMSB) allows for a single airframe to be easily and rapidly re-configured to perform multiple roles, such as ISR, SCAR, FAC(A) and CAS, for example, incorporating high-performance sensors, networked communication systems, precision weapons, an electronic self-protection suite, and mission planning systems.

Paramount Group Chairman, Ivor Ichikowitz, added “We believe that BRONCO II is the definitive next-generation aircraft, which has been designed to be future-proofed against evolving operational requirements in the asymmetrical battlespace specifically inhabited by SOCOM […] Through our partnerships with Leidos, we are looking forward to building upon our 27-year legacy of designing and producing rugged technologically advanced systems. Our team has designed and developed an America-centric platform for the world market, and we are looking forward to bringing BRONCO II back to America.”

“Vertex has a 50-year legacy of supporting [combat] missions,” stated Ed Boyington, President and CEO of Vertex Aerospace. “Vertex’s highly-skilled employees will assemble the aircraft and provide the final systems support integration and launch the BRONCO II for customer delivery.” 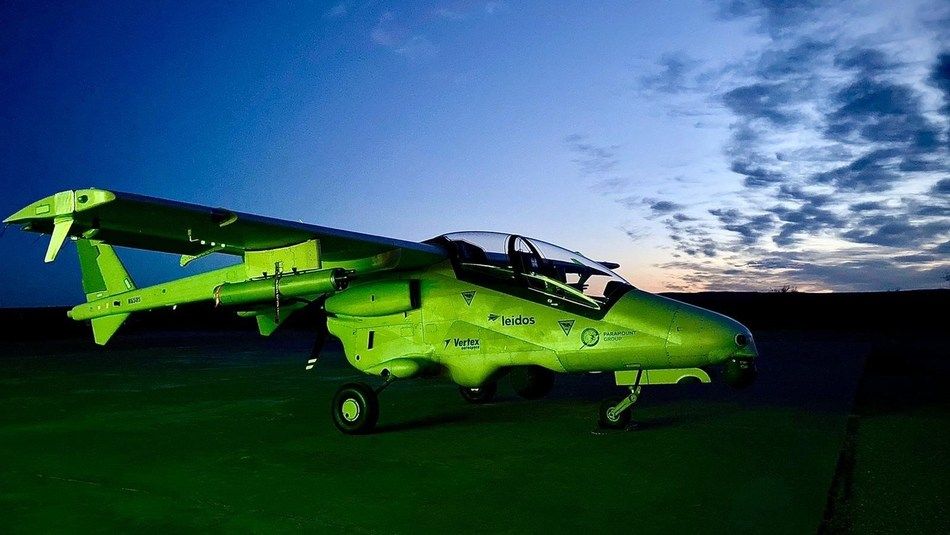