Quantum Marine Stabilizers has been engaged in the science and engineering of stabilization for over 36 years, during which time the company has become known for breakthrough innovations and patented technologies that have revolutionised the industry.  Innovations such as Zero Speed technology, the ability to stabilise a vessel when it is most vulnerable, at rest. This is typically where onboard functionality is compromised, or simply impossible.  Stabilisers are also crucial for rescue missions, crew safety, reducing crew fatigue, helicopter landings and underway refueling.  In addition to Zero Speed, three other global patents have been approved: for the XT Fin, MAGLift Rotor and Dyna-Foil, along with a fourth patent pending today.

The following represents a selection of some notable, open-bid contracts that Quantum has been awarded:

So, what are some of the latest, greatest technologies coming out of Quantum’s R&D department?  The newest system, Dyna-Foil, is a high-aspect retractable fin, that swings through 140°, using a foil to generate lift.  Similar in theory to the lift generated by a helicopter and based on the airfoils used by the US National Advisory Committee for Aeronautics (NACA – the precursor to NASA).  During development, Quantum conducted extensive model testing and computational fluid dynamics testing (CFD) to determine the optimal shape of the foil.  Enhancements were made to the NACA design, including foil shape, thickness, aspect ratio, trailing-edge profile, fairing share and more.

Another major breakthrough is Dynamic Load Control (DLC), designed to reduce the heavy electric cyclic loading and the amount of accumulator storage required to adequately run a stabiliser system.

A patent is pending for DLC, expected to be finalised soon to secure this new technology.  By adjusting pump pressure in the hydraulic power unit, the control algorithm reduces accumulator volume eight-fold. Using DLC reduces the accumulation a traditional system would otherwise require. Other advantages are the ability to use the same equipment to limit horsepower draw on the electric motor, and the ability to balance the load between multiple pumps within the same hydraulic system.

This actuator was engineered and designed to maximise the performance of fixed and XT fins.  The system allows for a wider range of motion that can improve zero-speed performance.  With the even distribution of torque on both sides of the gear wheel, it is quieter and there is less wear and tear on the overall system.  The unit is compact, resulting in a smaller footprint when compared to a traditional hull unit.  Another key advantage is the extended service schedule of 15,000 hours before main bearing replacement is required. With this system, the hydraulic cylinders can be rebuilt in place, compared to the challenge and inconvenience of removing the heavy cylinders from inside the vessel. The ‘R Series’ has a mechanical locking pin to support maintenance operations or any emergency situations.  The rapid relief valves serve to protect the hull unit, and hydraulic system, should the vessel encounter any unexpected impact, broaching or slamming loads.

Finally, a new control system is about to be launched, offering advances in command, operations and reporting. 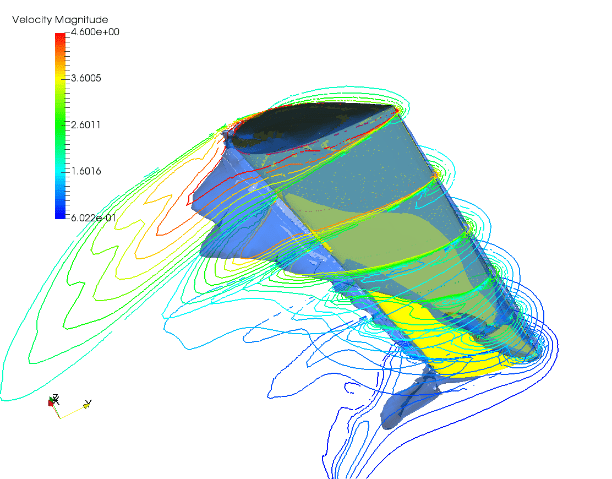