Rafael Advanced Defense Systems, the NATO Support and Procurement Agency (NSPA) and global users of the Spike missile family met in Latvia in early July for the 17th meeting of the Spike User’s Club, established by Rafael in 2003. The last such meeting was in Slovenia in 2019.

The group has become a unique forum for sharing practical knowledge and experience using Spike missiles, as well as addressing tactical lessons learned from combat scenarios, through maintenance and live-fire training. It has also facilitated nations management of joint procurement and mutual support in supply. This year, delegations from 19 nations attended as well as observer nations. Firings were organized for Spike LR2 and Spike SR by the Latvian Army, as well as the Spike Firefly loitering munition, which has also recently been demonstrated to US and UK officials, among others.

Rafael’s Spike family now includes what the company claims to be the world’s first 6th-generation ATGM – the Spike NLOS, unveiled in June and featuring extended ranges, salvo control, system handover and target image acquisition. Users in 39 nations, of which 19 are NATO and EU members, have fired over 7,000 missiles in combat and training worldwide to date.

Brig Gen Kaspars Zdankovskis, Acting Chief of Staff of the Latvian Armed Forces, commented “It is very important that user nations have the possibility to come together, share their experience, challenges and discuss the future. The users’ conference is an excellent platform for maintaining the nations’ interoperability, enabling the nations to manage joint Spike missile stockpiles, joint procurement and mutual support in supplies. Spike family systems are the key capability for the Latvian Armed forces and the long-term cooperation with the NSPA and relevant industries is an absolute military requirement.”

“The return of the Spike users club is another indication of the relevance of the system, especially in the modern security context,” added Tzvi Marmor, VP and Head of Rafael’s Precision Tactical Weapons Directorate. 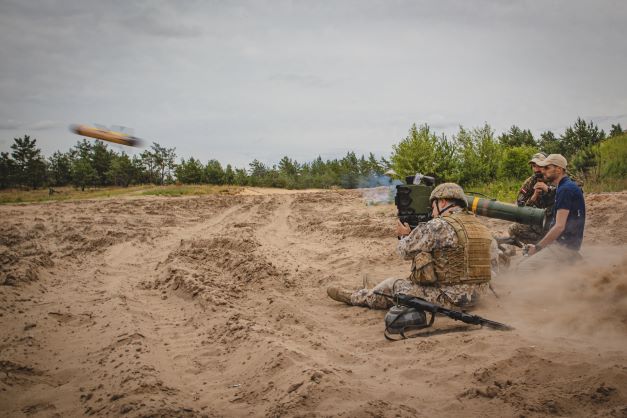