The ARA Contraalmirante Cordero, fourth and final of the class of OPVs built for Argentina, was handed over to the Argentine Navy in Concarneau, France, on 13 April, bringing to a close the 2018 contract with Naval Group.

Contraalmirante Cordero is expected to sail from France to Argentina in early May, to join the Maritime Patrol Division, based at the Mar del Plata Naval Base and which reports to the Atlantic Naval Area command. The vessels already delivered are now in operation, allowing the Navy to conduct operations essential to the defence of Argentina’s sovereign interests at sea.

Crew: 40, with capacity to embark an additional 19 personnel 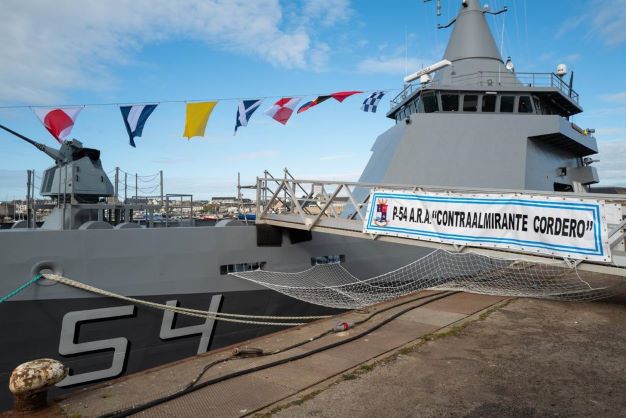