An aircraft, a person, a drone, a sea-skimming missile, a tank, an armour-piercing projectile, a Space Vehicle, a satellite, a boat…Enormous, tiny; non-explosive, volatile; intelligent, inanimate; air, ground, sea… the list is inexhaustible. What’s the common denominator of all these? Well, they move. They have a velocity.

A Doppler radar is a piece of technology that can detect and track mobiles (objects that move). It does so by transmitting energy towards them, which bounces back at the radar and then by measuring very slight changes in the received signal. So slight that the radar needs to have an exceptional design and incorporate the most advanced signal processing techniques. Having high quality of data is not an easy task.

A Weibel Doppler radar can not only detect and track mobiles. It can do so with non-mobiles (stationary objects) as well, thanks to Weibel’s own radar design and powerful algorithms. The ability of Weibel Doppler radars to perform measurements on both mobiles and non-mobiles is unique in the market. And those measurements show in all cases unparalleled levels of data quality, accuracy and resolution, possessed by no other radars in the market. Besides, Weibel radars reach far, as far as outer space.

A Weibel radar is able to provide with the velocity of the objects, their 3D position, where they are headed for… And one could extract as much information and as many graphs and parameters imaginable.

And the applications a Weibel radar can serve for are endless, some could be air-space control, fire direction, intelligence operations, drone operations, artillery, ballistic testing, space launch safety… The applications are far beyond what Weibel themselves can conceive.

Because Weibel Scientific, a Danish privately owned company, is a leading Doppler radar manufacturer worldwide and their great products have been operational and have received the best customer satisfaction critique in 40 countries for 40 years. Because the technology they offer is high tech, the quality of data they supply is great, and the applications their technology can have are measureless.

The possibilities a piece of technology like a Weibel radar has in Latin America are immense. Border surveillance, air-space violation control, artillery group modernising, protection of their Navy fleets through the most exact fire direction, soar of the ammunition and ballistic testing market in the private and public sectors, counter-attack of drug-trafficking, intelligence operations, protection of critical infrastructure… you name it.

The forefront of radar technology innovation and ownership is the place to be for Latin America and Weibel Scientific is a strategic partner. Weibel: “Happy to help, happy to serve.” 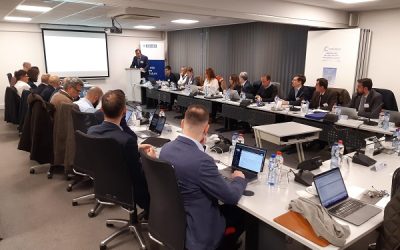