During the 20-month periods of performance, the NGJ-LB team will assess the technological maturity of the industry partners’ existing technologies, in order to inform future NGJ-LB capability development and define an acquisition strategy.

NGJ-LB is an external jamming pod forming part of a larger NGJ weapon system that will augment and, ultimately, replace the aging ALQ-99 Tactical Jamming System currently in use on EA-18G GROWLER electronic attack aircraft.

“NGJ-LB is a critical piece of the overall NGJ system in that it focuses on the denial, degradation, deception and disruption of our adversaries’ abilities to gain an advantage in that portion of the electromagnetic spectrum,” observed the USN’s Programme Manager, Capt Michael Orr. “It delivers to the warfighter significant improvements in power, advanced jamming techniques, and jamming effectiveness over the legacy ALQ-99 system.” 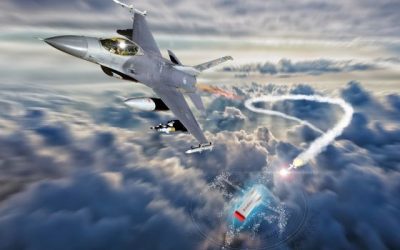 Version Sized for US Dispensers and Launchers