Delivery to Kuwait Next Week

Reports in the Kuwaiti media indicate that the Air Force received its first two Eurofighter combat aircraft in Italy on 7 December.

Described by Deputy Commander of the Air Force, Maj Gen Pilot Bandar Al-Muzayen as “a real breakthrough for the Air Force [that] raises the ceiling of military capabilities in defending the homeland,” the handover took place at Casilli air base in Turin. Al-Muzayen added that the aircraft will arrive in Kuwait on 14 December.

Kuwait’s Eurofighter project began in 2015 and the aircraft brings a huge capability advance for the Air Force: CAPTOR e-scan radar, advanced EW  and diversified missile armament add up to an ability to provide a high-speed response that is significantly ahead of the force’s abilities to date. “This is the latest generation Eurofighter,” Al-Muzayen stated.

“Today, we not only deliver the latest and most advanced Eurofighter aircraft that have ever flown, but we also provide a complete technical support service for the Kuwaiti Air Force, and a real total system, meaning that we do not provide just aircraft, but rather advanced services and ground to create an integrated system for the development of Kuwait’s defence capabilities, which is considered the true purpose and true spirit of the partnership,” explained Marco Zoff, Managing Director of Leonardo’s Aircraft division. 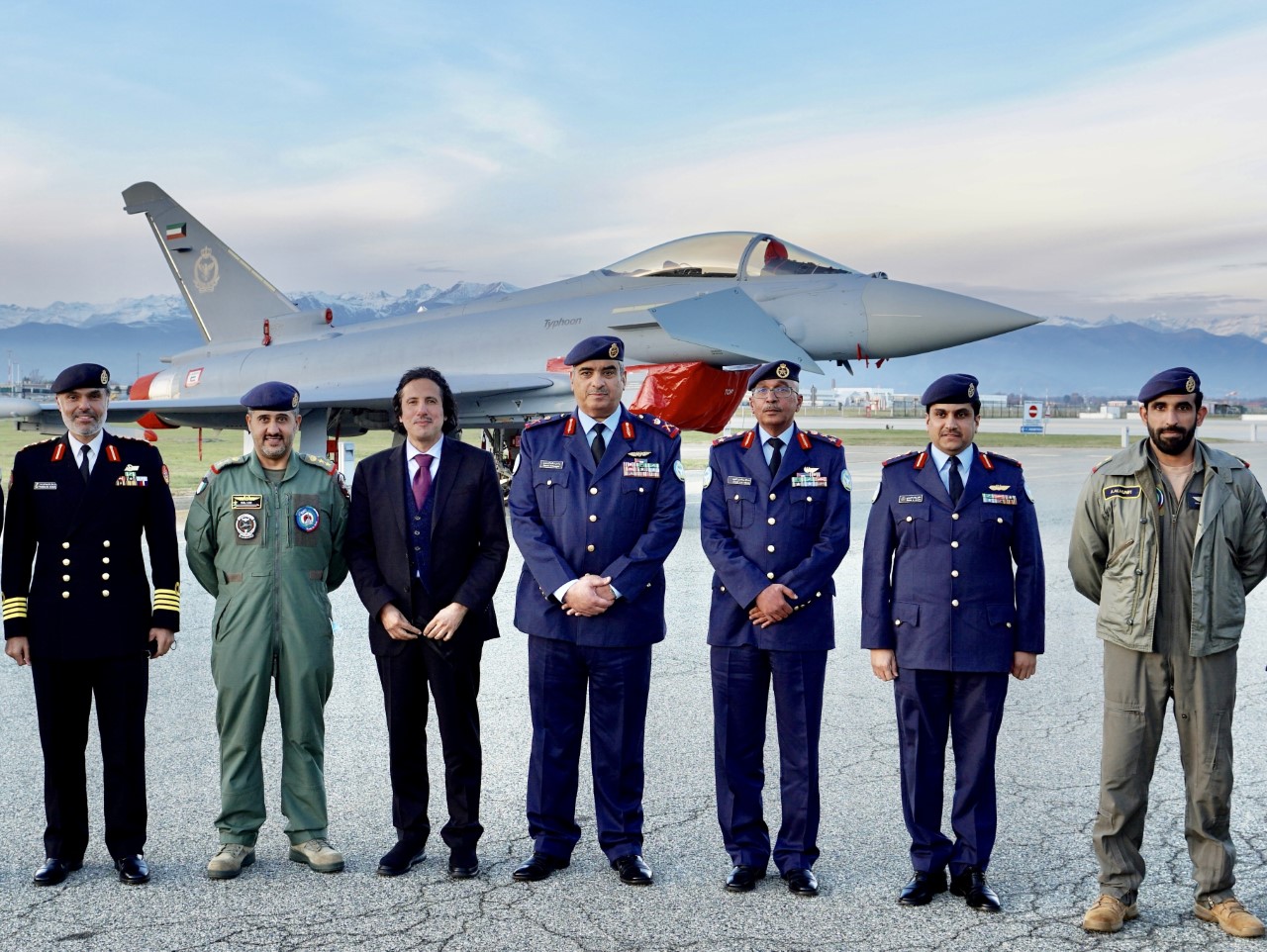 Officials and dignitaries at the handover ceremony on 7 December. (Photo: Kuwait News Agency)