Thermal imagers, specifically those with un-cooled sensors, have become cheaper and are therefore becoming increasingly widespread. They are also becoming downsized for use as modern thermal weapon sights. What is more, multispectral camouflage of vehicles and systems has reached a point at which the residual thermal signature is smaller than that of a soldier. As a result camouflage for soldiers can no longer be restricted to visual and near-infrared.

SSZ Camouflage Technology AG’s Infrared Camouflage Suit (IRBD) is a breathable lightweight suit, indistinguishable from a standard battle dress uniform (BDU) and does not hinder the soldier in their physical activity. It is also suitable for combat in urban environments. This lightweight suit’s special coating and design reduces the thermal signature of a soldier. The suit is based on Camoshield-Technology. Optionally, the IRBD can be finished with flame retardant and vector protection.

IRBD, showcased at this year’s KSK Sympsoium, is fully compliant with standard battle dress, allowing to be tailored to customers’ requirements and is adaptable to local conditions.

The camouflage effect of the IRBD is based on a low emissivity surface, which reduces the thermal signature of a soldier by 7-10°C as compared to a standard BDU. This technology gives elite soldiers a tactical advantage during moves in the field. 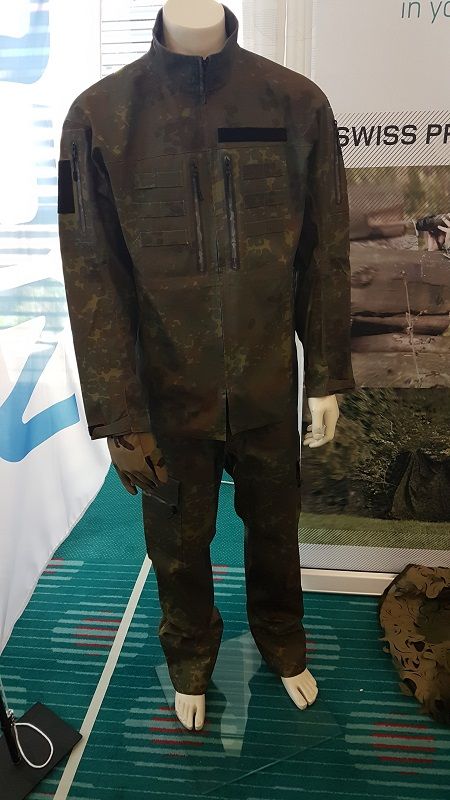