By pressing the two buttons on the left side simultaneously, the user can swap between dot, circle or a combination of both.

It has a number of competitive advantages on the battlefield: increased battery life and reduced power and weight.

Featuring the large window Raytheon ELCAN is well known for, the 1XMRDS can be stand alone or piggyback on another sight. Weighing 174g, the 1XMRDS is a reflex (unlimited eye relief) sight, which enables it to be used on a wide range of weapon systems, and increases its effectiveness as a standalone sight, while still being effective in a combination role with a fixed or dual-role weapon sight. 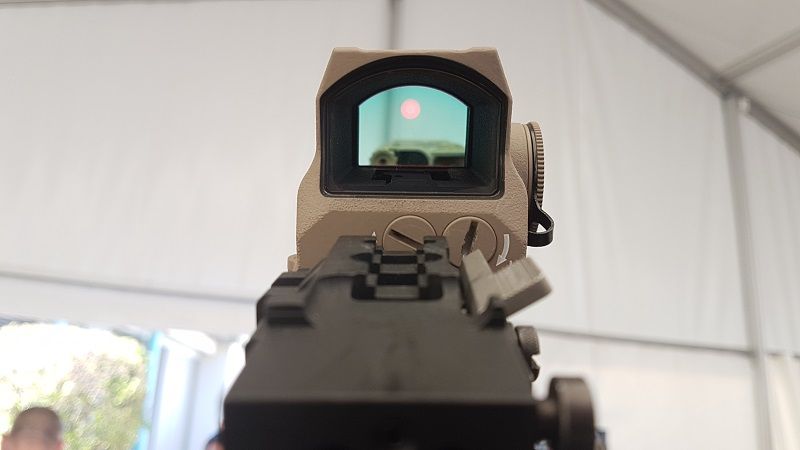