What Innovations Will Affect SOF in the Future?

At the sixth edition of the KSK Symposium, the industry’s focus was on presenting the German Army’s Special Forces (KSK) with a complete product portfolio, from rucksacks and drones (aka unmanned aerial vehicles – UAVs), from small arms to ballistic protection suits, from high-mobility vehicles to harnesses and tactical and marine boarding ladders: all what is needed to affect the missions of Special Operations Forces (SOF).

According to one industry representative, “once completely new hardware or software is being produced or delivered in large numbers, it will fundamentally alter the following key capabilities of modern SOF like Germany’s KSK or KSM (Kommando Spezialkräfte Marine; German Navy Special Forces Command): mobility, fast response, surprising effects and survivability.”

“We’ve heard these arguments before,” the industry representative continued. “When we saw SOF operating during the Afghan campaign, responsiveness to ever-changing threats and survivability – in the event of sudden attacks by insurgents in open and urban terrain – were fundamentally influencing their tactics… Now, current SOF are shaped to the extent that the individual soldier is packed with the latest in communications and sensor technology, as well as armament.”

Many manufacturers, service providers and suppliers, presenting their latest products at the KSK Symposium, are optimistic that shortcomings in equipment or training can be reduced to a minimum thanks to a steadily increasing collaboration between industry and the military: “There should be much more common sense in the near future,” it was said.

So, what was new on the table at the KSK Symposium?

There was a strong focus on mobility, with ACS Armoured Car Systems, Krauss-Maffei Wegmann (KMW), Quadcenter Diederich and WELP Group showcasing their vehicle concepts for high-mobility and covered operations in complex terrain.

SOF will continue to exploit the use of unmanned systems, with tiny robotic ground vehicles (e.g. from ELP) and drones playing a significant role. AirRobot, based in Arnsberg (Northrhine-Westphalia) and represented by sales specialist Björn Behrmann, showcased its AR100-B UAV that has been fielded by the Bundeswehr. Since its induction into service in 2005, the system has been an integral part of numerous units training and operating in and outside of Germany. According to the supplier, the AR100-B is used for reconnaissance at close range up to 1,000 metres. Its successor, the AR100-C was redesigned to be completely foldable for faster use and easier transport.

The air vehicle allows a more flexible use, including: digital data transmission and control in real time; fast operational readiness; flight time >25 minutes; operational range up to 3,000m in Line-of-Sight (LOS) mode. New is a three-axis, stabilised micro-gimbal that combines two daytime (zoom and wide angle) and one night vision camera in asingle payload. Optionally, the user can select a Class 3B laser for target designation. The company advised that it also offers the development of customer specific payloads. Another system of interest, the AR200, can carry a variety of payloads up to there kilogrammes. Commercial-of-the-Shelf (COTS), as well as custom-build payloads are available. Depending on the application, the AR200 can fly for more than 45 minutes with one battery. The innovative folding system of the AR200 enables fast set up times and space saving transport. The Bundeswehr also utilises the the AR200 for varying tasks.

All products shown at the KSK Symposium are quality-tested according to NATO quality assurance requirements. The company said that it is no longer subject to German export control and ITAR regulations.

It is interesting to note that AirRobot, under the auspices of a technology and innovation programme funded by the State of Northrhine-Westphalia, provided its unmanned and sensor expertise for a mine clearance experiment. The task for AirRobot was to monitor the deflagration (burning) of detected explosives. In this way, it was possible for the humans involved to obtain a reliable and secure perspective of the defusing in real time. Furthermore, the information provided by the drone enabled the coordinated use of clearing forces and their resources. The AR100 won the “Counter IED Reconnaissance Challenge in 2012” in reconnaissance of hidden explosive devices.

The stepped hull with three 350hp Yamaha V8 outboards offers a maximum speed of 70+ knots, as already shown at SeaWork International for the first time. “Modular in character, the craft, with a length of 10.35m and a width of 2.71m, can be fitted with varying equipment, from additional suspension seats from Sweden’s manufacturer Ullman Dynamics to sensors (radars, electro-optics) or armament,” said Michael Mathias, CEO of OPHARD Maritim,

As the world is shaken by international terrorism, SOF are in strong need of high-end solutions like sophisticated Explosive Ordnance Disposal (EOD), Improvised Explosive Device Disposal (IEDD), and forensic inspection devices based on X-ray technology. A specialist supplier in these fields, VisiConsult X-ray Systems & Solutions GmbH, delivered hundreds of its Xplus Security inspection suite to worldwide customers, including SOF. The basic principle is simplicity to support SOF in high-pressure situations.

VisiConsult’s Malte Läzer explained that Xplus Security is a comprehensive inspection suite; its intuitive one-button operation reduces acquisition time in dangerous environments. High-level image enhancement and measurement is applied through a single tap on the touch-screen while mission reports are generated automatically. 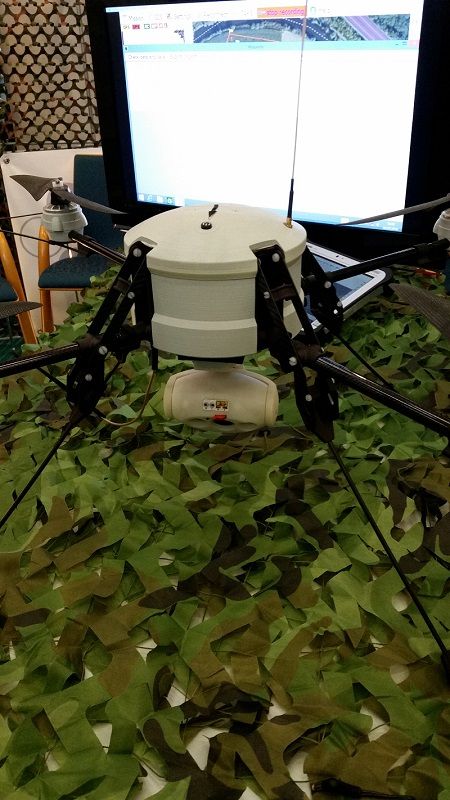