Aircraft are also fitted with ballistic protective inserts up to an undisclosed rating to protect against small arms fire during low level flights, as well as electronic countermeasure technology for protection against surface-to-air attack. LUH SOF aircraft have a maximum take-off weight of 3.7t and can be armed with a variety of weapon systems, ranging from medium and heavy machine guns to air-to-ground rockets.

German SOF components could also soon benefit from a heavy lift rotary wing capability as the German Air Force considers the replacement of its existing inventory of CH-53G STALLIONs. Defence sources associated with the KSK explained to MONCh how the command is considering a variety of options including Boeing’s CH-47F CHINOOK and an upgraded variant of Sikorsky’s CH-53G, the CH-53K. The total requirement for the Heavy Lift (STH) programme is understood to lie somewhere between 45 and 60 aircraft, although a contract decision is not expected to come to fruition until 2020, sources added. A draft solicitation is expected to be published later in 2018. On 6 February, Lockheed Martin subsidiary Sikorsky announced a strategic teaming agreement with Rheinmetall to explore future options for the STH effort. 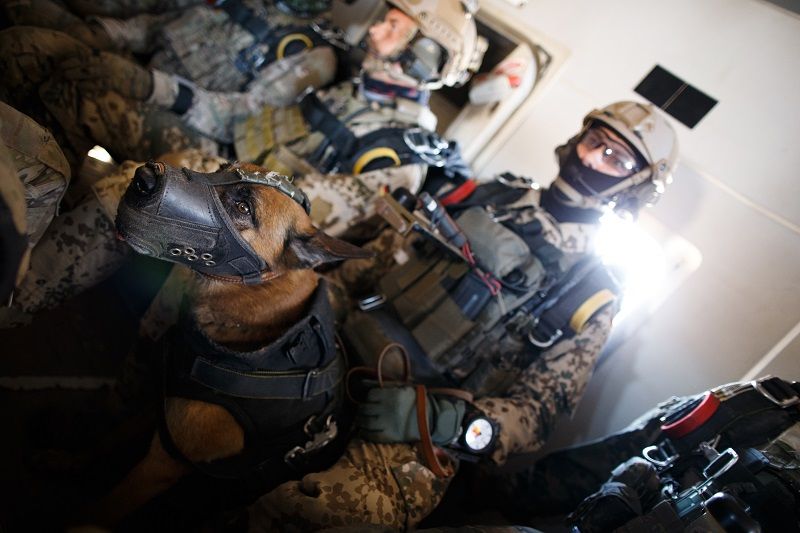